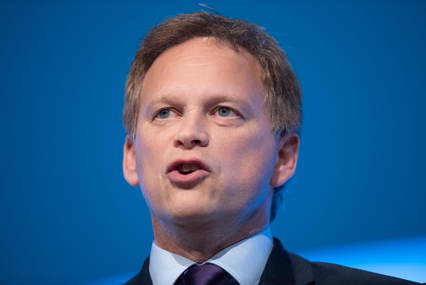 Ahead of today’s landmark rail strike, transport secretary Grant Shapps has stressed that he does not usually hold meetings with trade unions.

The industrial action, also scheduled for Thursday and Saturday, is set to be the most dramatic UK rail walkout in over three decades.

Shapps has argued that it was National Rail’s duty to negotiate with unions, slamming calls to get him to attend talks as a “stunt”.

He also confirmed that COBRA meetings would take place to discuss the week’s disruption.

Speaking with BBC One’s Breakfast programme ahead of today’s walkout, Shapps argued: “I don’t typically meet with them because it’s a red herring. If I thought there was a one in a million chance it would make a slightest bit of difference of course I would do so at the drop of the hat.

“The reality is they’re using it as a camouflage for the fact they’ve walked out of the talks that they should be in with their employers.

“What they need to do is come back into the negotiation today with Network Rail, with the train operating companies, and carry on negotiations and get this thing fixed, that’s what needs to happen and the rest of it, I’m afraid, is a distraction, which you’re falling for.”

His remarks also come as the government plans to table legislation to allow firms to use agency workers to cover striking staff.

Shapps told MPs yesterday that this week’s rail strikes were “[not] about pay” but “about outdated unions opposing progress.”

He also told LBC Radio this morning that National Union of Rail, Maritime and Transport Workers (RMT) general-secretary Mick Lynch wants to be one of the “1970s union barons”.

Trade union workers need to “co-ordinate industrial action across every town and city in Britain”, the head of the RMT union has said.

Mick Lynch apologised for the disruption in an interview with Sky News earlier today, saying: “we don’t want to do that. We want a resolution, but many in the public, like us, are suffering from rampant austerity.”

“The British worker needs a pay rise and job security,” he went on.

Lynch also said that a swathe of industrial walkouts could unfold as the summer progressed, suggesting: “If the government doesn’t change direction, I believe more strike action is inevitable. We as trade unions need to synchronise.”

The Transport Salaried Staffs’ Association (TSSA) are currently balloting hundreds of Avanti West Coast staff over a further strike that could happen as early as 13 July.

Lynch also said it was unfair to argue that the strikes unfairly threaten the transport of NHS staff and patients, explaining: “I think you’re being dramatic that rail workers make patients die from not getting to hospital. We have to give two weeks notice, which gives people time to plan.”

RMT have said they are open to “meaningful negotiations”.