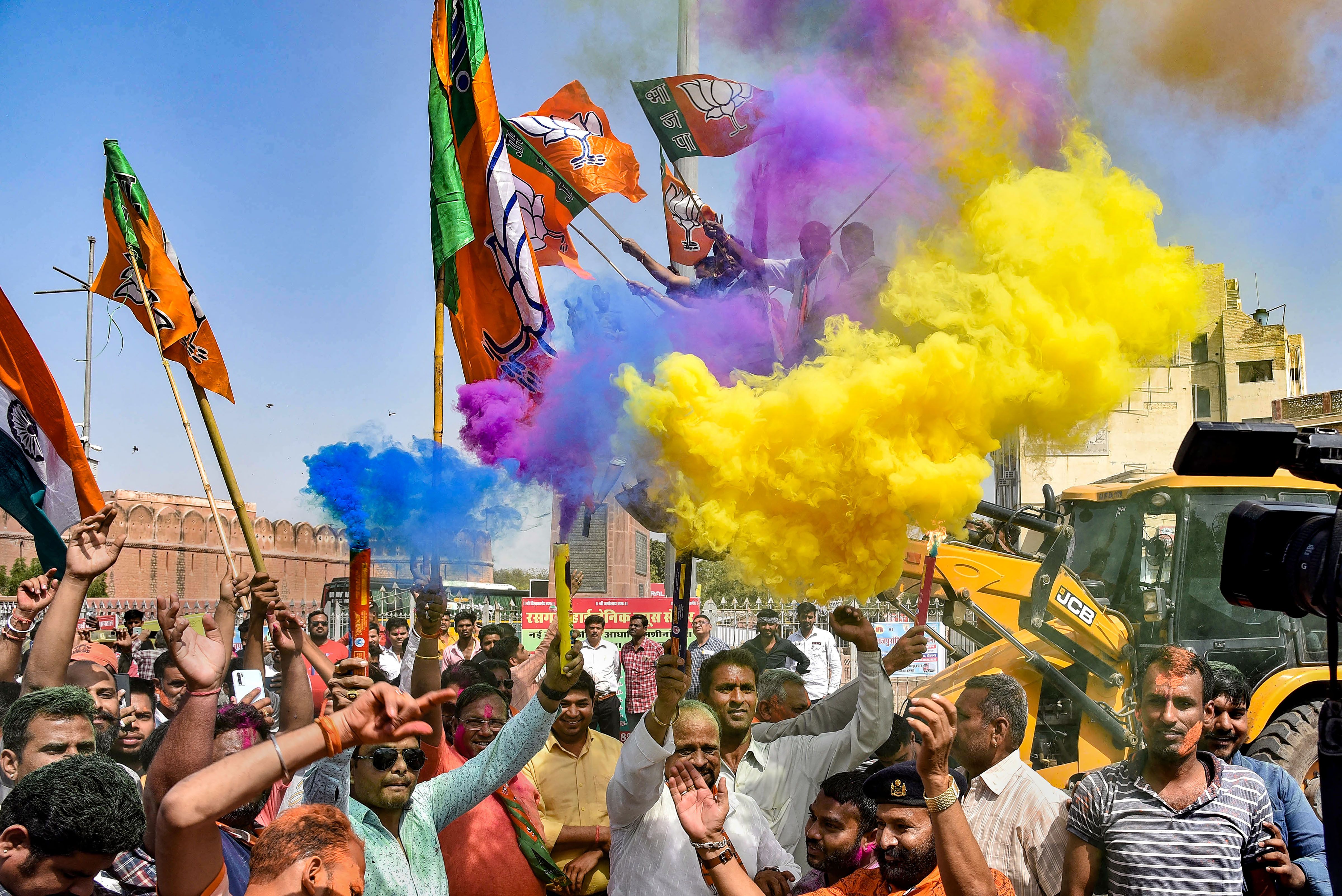 Lucknow: Gorakhpur, Lakhimpur and Agra were termed as trouble spots for the BJP, but the results of the Assembly elections out on Thursday clearly indicate that for the people, the incidents in these cities did not affect their decision to vote for the saffron party. So what actually happened in these three districts and how BJP government triumphed those issues? Read in detail here.Also Read – Y,R,L,M-Y: How BJP Mastered The Alphabets of Return to Power in UP Assembly Elections 2022

Gorakhpur hit the headlines last year when Manish Gupta, a businessman from Kanpur, died, allegedly after being beaten up by the police during a raid in his hotel. The opposition was quick to use the incident as an example of ‘law-and-order’ situation in the state. However, Chief Minister Yogi Adityanath promptly handed over the case to the CBI and gave compensation and a job to Gupta’s widow. The matter died a natural death, and Gorakhpur has now given a clean sweep to the BJP with Adityanath winning his first Assembly election with an appreciable margin. Also Read – UP Assembly Election Results 2022: BJP Leads on All 8 Seats in Lakhimpur Kheri District

The Lakhimpur incident in October last year, when an SUV, owned by Union minister Ajay Mishra Teni’s son Ashish Mishra, mowed down four farmers who were returning from a protest. The incident provided fuel for the farmers’ agitation as opposition parties rushed in to cash in on the bereavement of the families. Ashish Mishra, who had been arrested, was released on bail recently, but Lakhimpur, apparently, put the incident behind and voted on all seats for the BJP. Also Read – Mainpuri District Election Results 2022: BJP’s Jayveer Singh Wins Mainpuri, Akhilesh Secures Karhal Seat

In Agra, the death of a Dalit youth — Arun Valmiki — in police custody also became fodder for opposition politics, but now that the BJP has won all the seats in Agra, the incident is on the backburner. “The manner in which the Yogi Adityanath government handled the action in these incidents became more important. The accused were arrested, the victims were given compensation an investigation continued without any pressure. People understood that the government did not wish to hide anything when it came to dealing with culprits,” said Vijay Pathak, state Vice-President of the BJP.