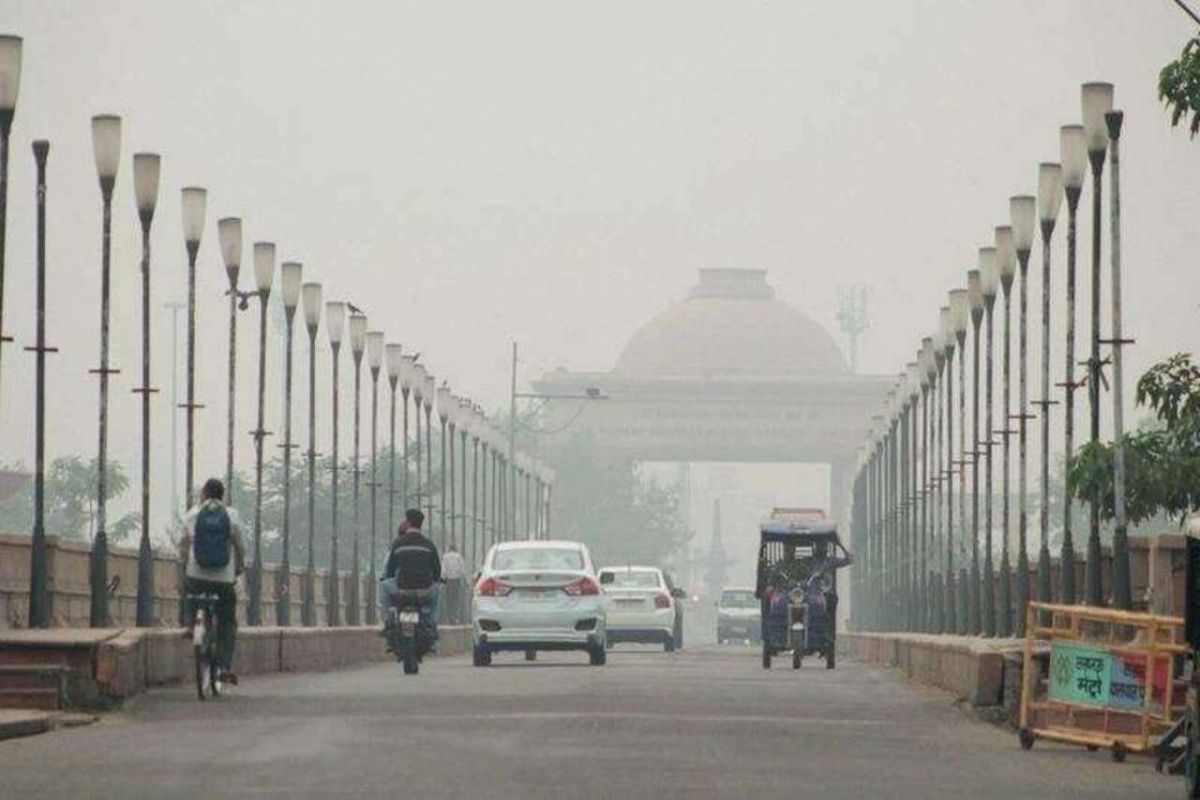 New Delhi: Strong surface winds swept through Delhi on Sunday, bringing about a visible improvement in the air quality, even as the authorities announced that schools will remain closed for physical classes till further orders in view of air pollution. Officials said Delhi environment minister Gopal Rai will on Monday hold a high-level meeting to review the curbs imposed to contain high pollution levels in the city.Also Read – Alert! You’ll Now Have To Pay A Hefty Fine For Burning Plastic, Garbage In Open In This City

Following orders from the Commission for Air Quality Management, the Delhi government had on Wednesday issued 10 directions, including a ban on the entry of trucks carrying non-essential items into the city and closure of schools and colleges till further orders. Also Read – Delhi School Reopening: Physical Classes To Remain Shut Till Further Orders Due To Pollution, Directorate of Education Makes Big Announcement

It had also banned construction and demolition activities in the city and had ordered its employees to work from home till Sunday (November 21). Also Read – Air Quality in Delhi Remains In ‘Very Poor’ Category Today, AQI Rises to 355

“The environment department has directed to close all schools till further orders of the Commission for Air Quality Management in the NCR and adjoining areas. Therefore, all government and private schools will remain closed till further orders,” Additional Director of Education Rita Sharma said on Sunday.

Winds gusting up to 20 kilometres per hour swept through the city, dispersing pollutants partially and improving visibility.

R K Jenamani, a senior scientist at the India Meteorological Department (IMD), said wind speed reached up to 20 kmph during the day, improving visibility from 800 metres in the morning to the range of 2,200 metres to 3,000 metres at the Indira Gandhi International Airport and the Safdarjung Airport.

Winds gusting up to 30 kilometres per hour are likely on Monday, the IMD said.

Stubble burning accounted for eight per cent of Delhi’s PM2.5 pollution on Sunday.

“Relatively high surface winds and moderate mixing layer height results in efficient ventilation of near surface pollutants. The air quality is likely to improve to the lower end of the very poor category over the next two days,” it said.

However, a likely drop in air temperature and surface wind speed from November 24 might lead to accumulation of pollutants.