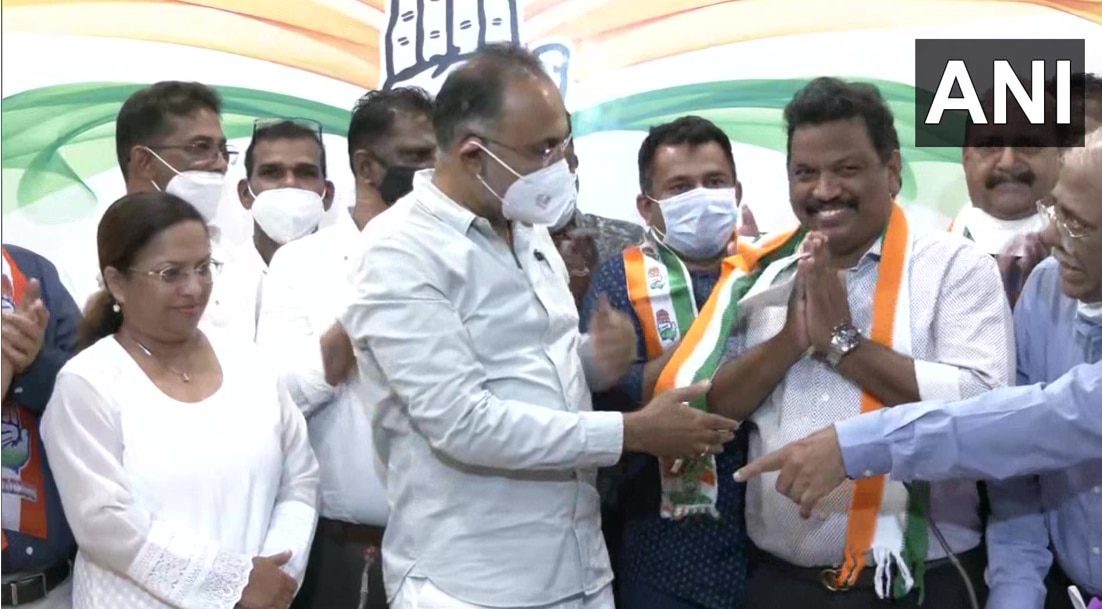 Panaji: A day after Former Goa minister and one of BJP’s most prominent Catholic face Michael Lobo resigned from the saffron party, he along with his wife Delilah Lobo joined the Congress in Panaji on Tuesday. Lobo, who represents the Calangute constituency, along with Pravin Zantye, a legislator from Mayem, resigned from the party as well as from their membership in the House on Monday. Both the leaders after quitting BJP said they were sidelined in the party.Also Read – Goa Assembly Elections 2022: AAP Announces 2nd List Of Candidates, Vows To Bring ‘Good Governance’. Check Full List Here

Both leaders also swore by later Union minister late Manohar Parrikar, and said they wouldn’t have quit the party if he was there, raising questions on the leadership of Goa Chief Minister Dr Pramod Sawant. Speaking after tending his resignation, the former Minister for Ports and Waste Management in the Goa government alleged that the current BJP leadership was sidelining grassroots loyalists while prioritising ‘outsiders’ recently inducted into the party fold. Also Read – Goa Polls 2022: BJP Eyes 3rd Consecutive Term As TMC, AAP And Regional Parties Spice Up Battle

“One the one hand, I feel very sad for leaving a party with which I have been associated for the last 15 years… If the BJP does not want a worker like me, there is no point in me staying there to be humiliated. No one [in the current BJP leadership] seems bothered with the issues I wish to highlight. So, rather than the BJP throwing me out, it is best that I exit gracefully,” he said according to The Hindu. Also Read – Goa Election 2022 Dates: Full Schedule Announced For Upcoming Assembly Polls, Results | Check Details

Later, in a thinly-veiled attack at Lobo Chief Minister Sawant ina tweet said, “A few defections, to fulfil the agenda of greed and personal interests, cannot deter the BJP’s agenda of good governance.”

Lobo is the third minority MLA to quit BJP ahead of polls. Last month, two minority BJP MLAs – Alina Saldanha and Carlos Almeida– had resigned from the party to joinrf the AAP and the Congress respectively. Minority leaders within Goa BJP have been accusing the state leadersgip of sidelining the Catholic Christians.

Cortalim lesilator Saldanha, who had served as a Minister in the Parrikar-led Cabinet, at the time of quitting the party critised state BJP unit of pursuing “destructive, anti-people policies” and “loss of principles”. Two-time MLA from Vasco da Gama, Almeida had also criticised the top brass of the party for not giving adequate representation to minorities.

Now, Lobo’s exit from BJP could cause troule for party in the Bardez sub-district. Besides his own constituency of Calangute, Lobo is said to hold considerable power in neighbouring Saligao, Mapusa and Siolim constituencies as well.

Assembly elections in Goa are scheduled to be held on February 14. The counting of votes will take place on March 10. The poll dates were announced by Chief Election Commissioner Sushil Chandra at a press conference in Delhi on Sunday. With the announcement of poll dates, the model code of conduct has come into force.