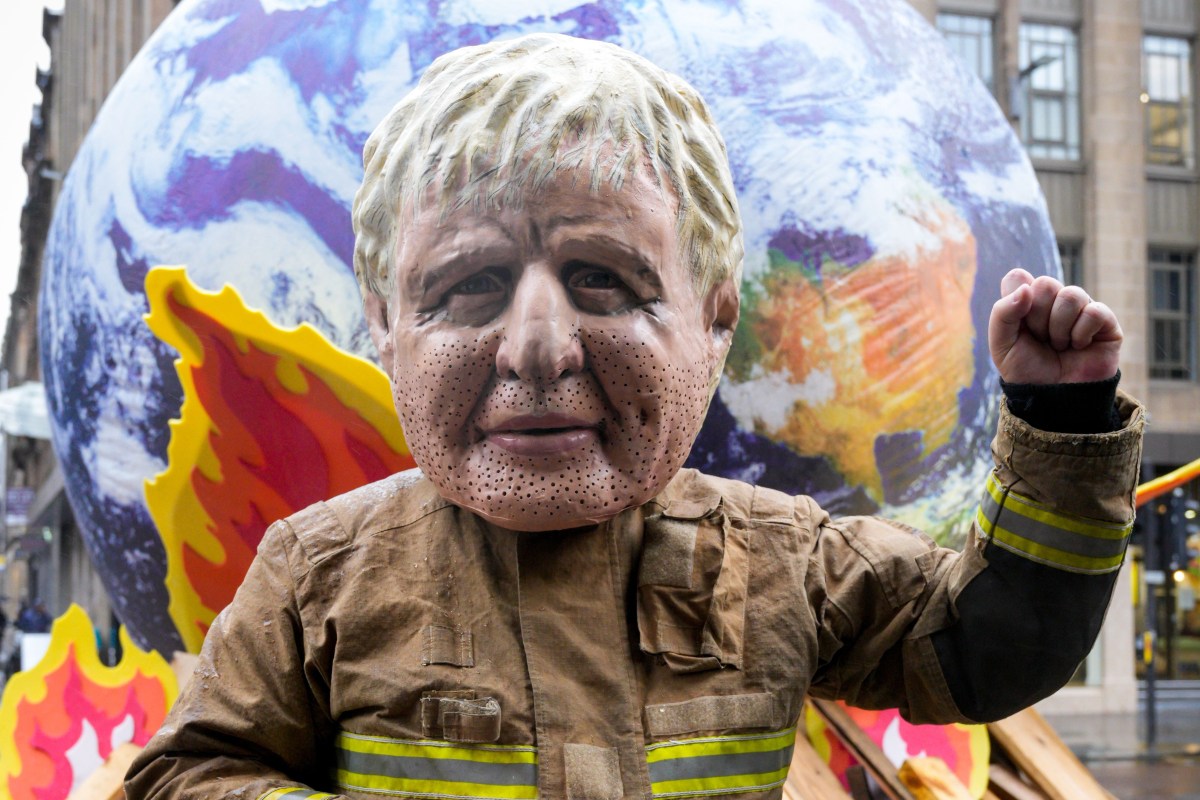 AN Oxfam protester dresses as a firefighter Boris Johnson amid claims COP26 was heading towards failure.

COP president Alok Sharma faced a marathon haggling session into the small hours to force through a groundbreaking deal.

Saudi Arabia and Russia were forcing a change in the language on commitments to phase out fossil fuels.

And the EU, US and Japan held out on giving poorer nations more money to go green.

Talks were due to end last night but were pushed back even further as negotiators strained to agree on the final statement.

Mr Sharma insisted: “Whilst the window on keeping 1.5 within reach is closing, it is still possible to get there.”