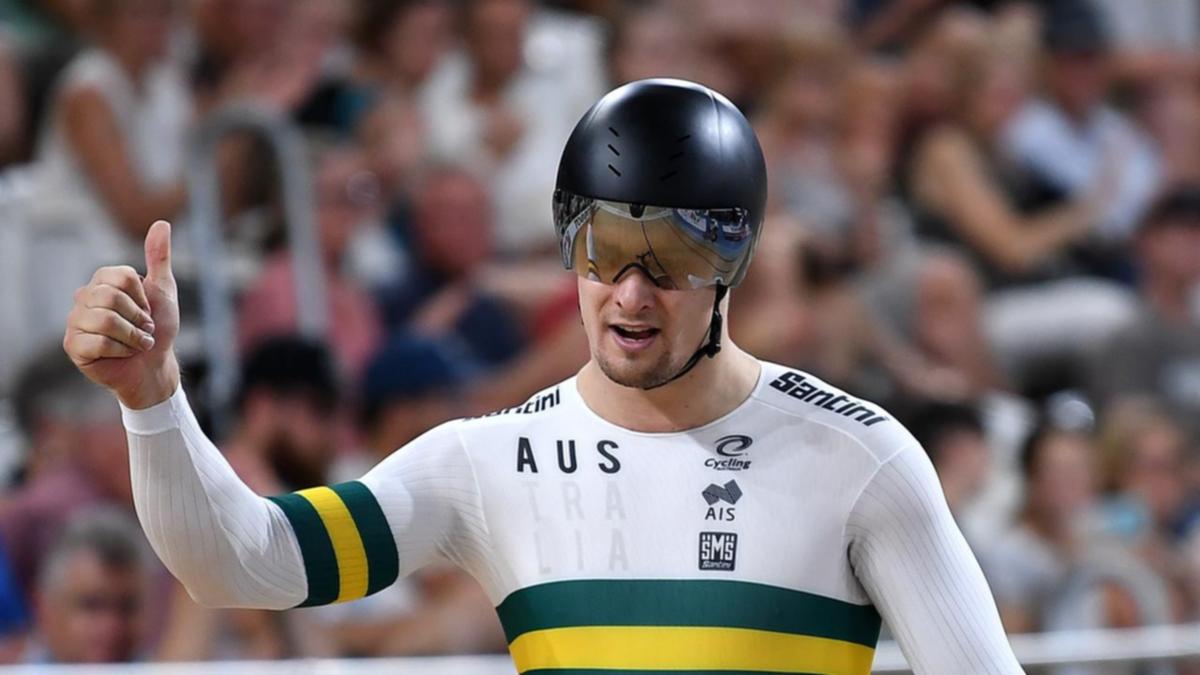 Three-time Olympian Matthew Glaetzer has announced his return to national-level competition by dominating the sprint at the Australian track cycling championships.

After qualifying second-fastest behind two-time defending champion Matt Richardson, the 29-year-old Adelaide speedster did not drop a match-up.

He beat Richardson two heats to nil in the gold medal ride-off to claim his fifth national sprint crown.

It was a significant statement from Glaetzer, one of several Australian track riders who had disappointing Tokyo Olympics campaigns.

He had a long break after the Olympics and is aiming for the Commonwealth Games in Birmingham.

“This is a big one. I didn’t really expect to be in this condition after starting training three or four months ago,” Glaetzer said.

“This was just a chance to get into the race head again and I went deep … I’m in absolute bits.

Kristina Clonan won her third-straight keirin title as the Queenslander leads the rebuild of the women’s sprint program that has lost Kaarle McCulloch and Stef Morton to retirement.