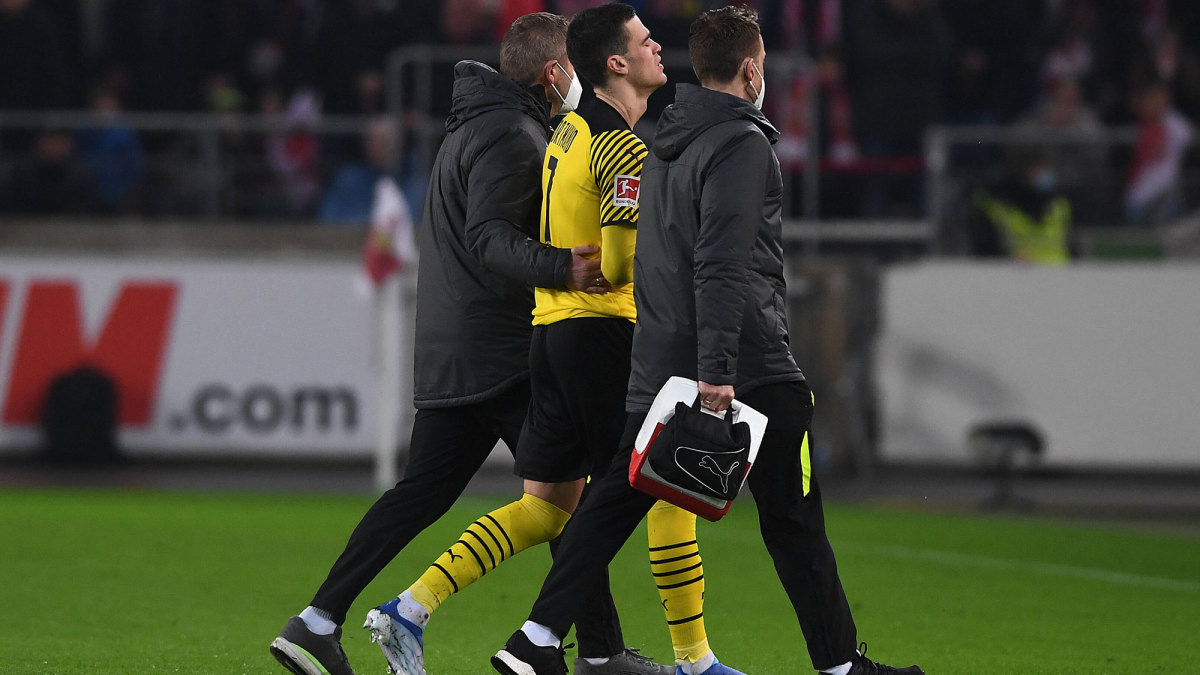 The U.S. men’s national team star was forced out of Borussia Dortmund’s match vs. Stuttgart after less than two minutes on Friday, with what appeared to be the recurrence of a right hamstring injury.

Reyna missed five months of action after suffering a hamstring injury in the U.S.’s first World Cup qualifying match on Sept. 2, returning for Dortmund on Feb. 6. But upon his first start soon after, he was quickly forced off after half an hour, seemingly suffering a brutal setback as he exited the field in tears. It turned out that his injury wasn’t as bad as feared, and he returned in time to join the U.S. for its final World Cup qualifying window. He appeared in all three matches off the bench, playing no more than 45 minutes in each as the U.S. polished off its ticket to Qatar.

Friday, though, brought the unfortunately familiar sight of Reyna walking off in tears. It happened on his first touch, when the 19-year-old was working a combination with Thorgan Hazard. He instantly pulled up before he could receive the return pass and walked straight to the locker room, covering his face as the emotion came over him. As was the case for his injury vs. Borussia Mönchengladbach, he was replaced by Julian Brandt.

The extent of the injury will be determined after he’s able to have the requisite scans, and Dortmund—and the U.S.—will hope that it’s a similar situation to his last incident. It remains to be seen whether it will impact his availability for the U.S. in the June international window, which is the second-to-last time the U.S. will congregate before the World Cup.

The U.S. will play two friendlies before a pair of group matches in the Concacaf Nations League, one at home vs. Grenada and the other on the road at El Salvador, where Reyna’s injury problems this season began.