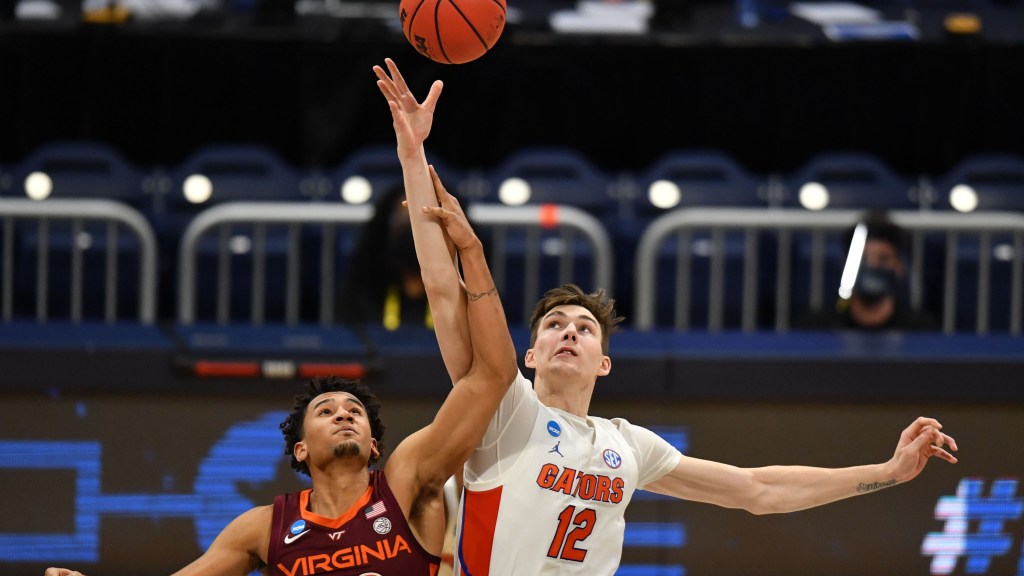 Tuesday night the Florida Gators and Elon Phoenixes will face each other for the first time ever on the court to open the 2021-22 regular-season schedule. The game also serves as UF’s home opener as it will be played in the friendly confines of the O’Connell Center, with tipoff slated for 8 p.m. EST.

Given the absence of previous meetings, there is no real history to cover between the two teams. Elon currently resides in the Colonial Athletic Association as a full member, a conference that Florida holds an 11-3 all-time record against. The last time the Gators faced a CAA team was a win on Nov. 14, 2019, against the Towson Tigers; the last time UF lost to a member of that conference was way back on Dec. 1, 1996, to the Delaware Fighting Blue Hens, 88-78, in the consolation game of the San Juan Shootout.

Florida put up a 15-10 record (9-7 SEC) last season en route to an NCAA Tournament berth, eventually falling to the Oral Roberts Eagles in the second round. Elon went 10-9 overall with just a 4-7 mark in league play, missing out on the Big Dance but making it all the way to the conference tournament finals, where it lost the championship game to the Drexel Dragons.

Everything you need to know to follow Florida’s season opener

Along with those tidbits, there are a few other interesting numbers to note heading into Tuesday night’s game. Here is a look at the projected starting five for both teams as well as three important digits courtesy of the press notes.

Florida’s four incoming Division-I transfers have scored a combined 3,882 career points for their previous teams. That total ranks second-most of any transfer class this season, trailing only Arkansas’ six-man group.

Florida ranks second in the SEC over the past six seasons in conference wins, top-25 wins, NCAA Tournament wins and road SEC wins. The Gators’ four true road wins over top-25 teams are tied for most by an SEC team.