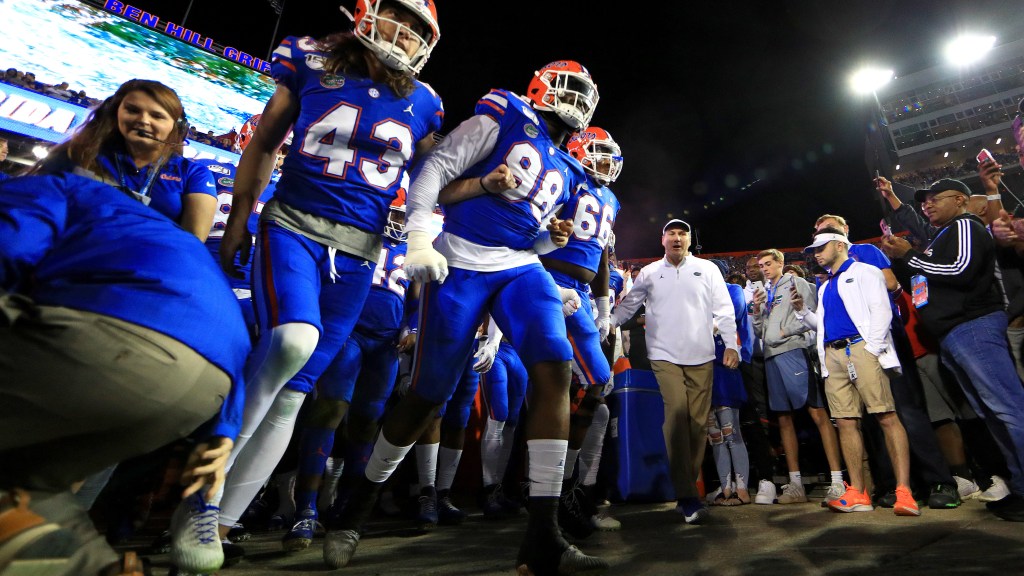 Florida will host Florida State on Saturday as both teams battle for bowl eligibility. The Gators will be dressed in blue with orange helmets as announced by the team’s official Twitter account.

The rivalry game didn’t take place last year after the SEC opted to play a conference-only schedule due to COVID-19. Florida wore the same orange helmet, blue jersey and blue pants combination in 2019 for the last matchup between the two schools. The Gators won that game 40-17 with Kyle Trask at quarterback and Dan Mullen as head coach. Neither is with the team anymore after Mullen was fired following the loss to Missouri last week, and a convincing win seems far from practical.

Greg Knox will serve as the interim coach for Florida in the season finale and Senior Day on Saturday. A win would mean a bowl game for the Gators and likely another opportunity for Knox to coach the team.

Florida State has worn gold helmets, white jerseys and gold pants in each of its last four road games against Florida. The same is expected this week, but no announcement has been made as of Friday afternoon.


10 players to watch for when Florida faces Florida State