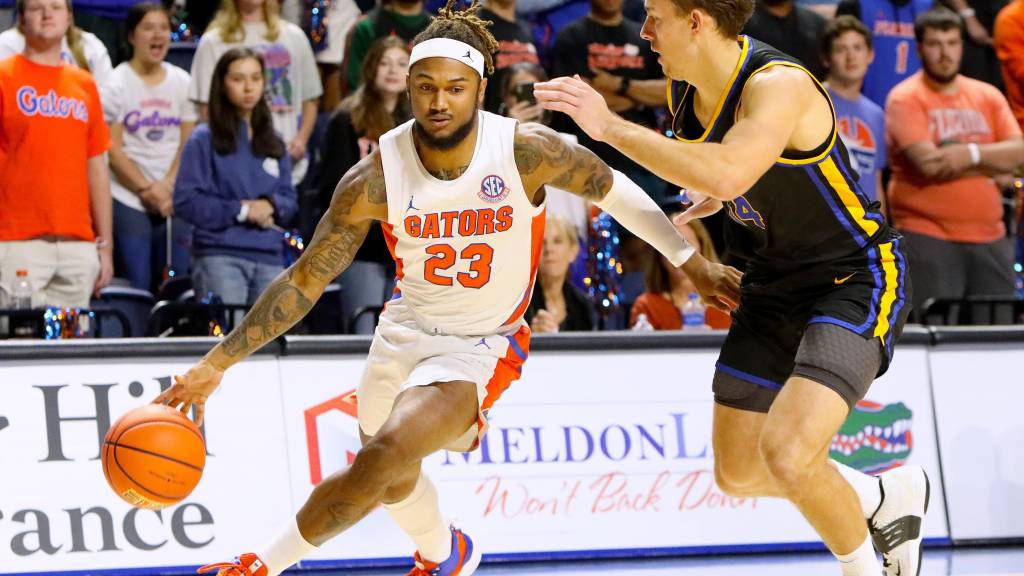 Another college basketball season is finally upon us. The Gators begin regular-season play on Tuesday night when Elon comes to town for an 8 p.m. EST tip, and Florida fans will get their first real look at the new team, which features four graduates added through the transfer portal this offseason.

UF isn’t getting the preseason hype this time around. The team is unranked in both polls, and it was picked by the media to finish in the middle of the pack in the SEC.

But heading into the season, ESPN’s Joe Lunardi does think this is a tournament team, albeit barely. In his latest bracketology, he has the Gators among the Last Four Byes, giving them a No. 10 seed in the West Region. According to the projection, they would face No. 7 Michigan State in the First Round. No. 1 overall seed Gonzaga stands atop that region.

It’s projected to be a strong year in the SEC, and seven teams total are projected to make the field. In addition to Florida, that includes three-seeded Kentucky, four-seeded Alabama, four-seeded Arkansas, five-seeded Tennessee, six-seeded Auburn and eight-seeded LSU.

An eighth SEC squad, Mississippi State, is currently projected to finish outside the field, but just barely. The Bulldogs are considered the First Team Out.

Florida coach Mike White hasn’t missed the NCAA Tournament since his first season, and though this team has some new faces, he’ll look to keep that streak alive in 2021-22.