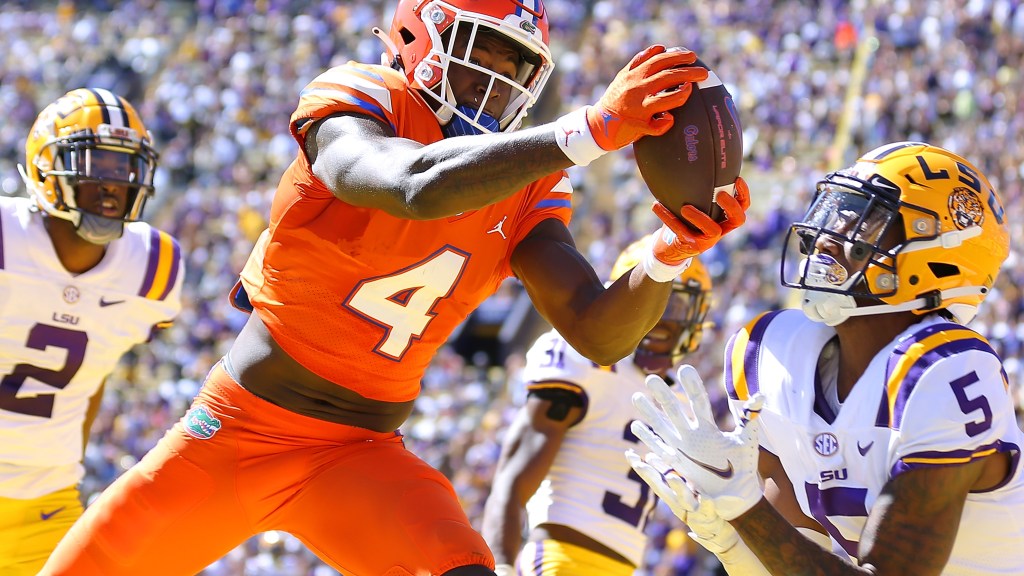 Emory Jones saved his best throw of the first half on Saturday for his final one. With just five seconds remaining in the second quarter and trailing the unranked LSU Tigers 21-6, the quarterback loaded up for a hail mary attempt from the 42-yard line of LSU.

The Tigers defensive backs appeared to lose the ball in the sun, as it arched down and landed in the hands of a surprisingly uncontested Justin Shorter. With zeros showing on the clock, the Gators managed to get back within one score of LSU heading into the locker room.

Florida Gators Hail Mary TD to end the half!

What a catch by Justin Shorter!

They’ll hope that throw provides a confidence booster for Jones, who tossed an interception on a tipped ball earlier in the game. He’s now 11 of 15 passing for 143 yards, a touchdown and a pick. It wasn’t his best half of the season, but he was still relatively efficient aside from the turnover.

Now down 21-13, UF will hope to avoid suffering another frustrating road loss.