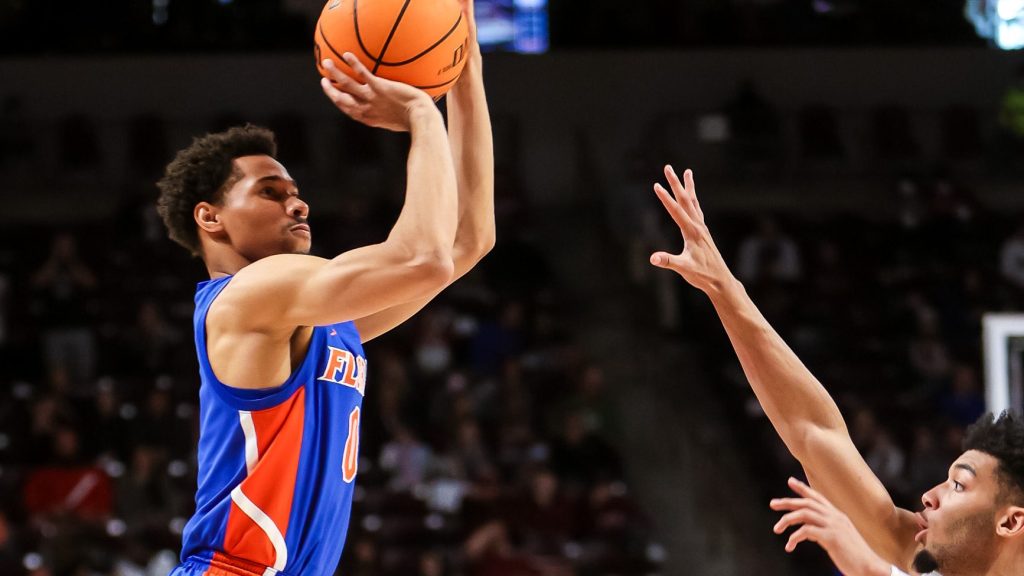 Florida finally got its first win in SEC play after an 0-3 start on Saturday with a road win over the South Carolina Gamecocks. The Quadrant 2 win wasn’t exactly spectacular, but it was a much more complete game than the Gators have played in recent weeks.

Though this team still has a lot of work to do if it’s going to remain in the projected NCAA Tournament field with a brutal SEC schedule that features five more games in both the Quadrant 1 and 2 categories, Saturday’s win over the Gamecocks was at least a start.

It also gave UF a slight rise in the latest NET rankings update. It entered Saturday’s game ranked No. 50, but now it’s up four spots to No. 46. The Gators are now 2-0 on the season against Quadrant 2 opponents, but they’re just 1-4 against Quadrant 1 foes and also carry losses in each of the Quadrant 3 and 4 territories.

That’s not exactly the resume of an NCAA Tournament team, and right now, Florida’s buzzer-beating upset over Ohio State in November is doing most of the legwork for this team’s candidacy.

However, UF has a good opportunity to get back on track over the next couple weeks as it plays a string of winnable games against Mississippi State and Vanderbilt in Gainesville as well as a make-up road trip to Ole Miss. If the Gators can win all of those games, they’d have a winning record in conference play heading into a difficult matchup against Tennessee in Knoxville.


3 takeaways as Florida gets back on track against South Carolina