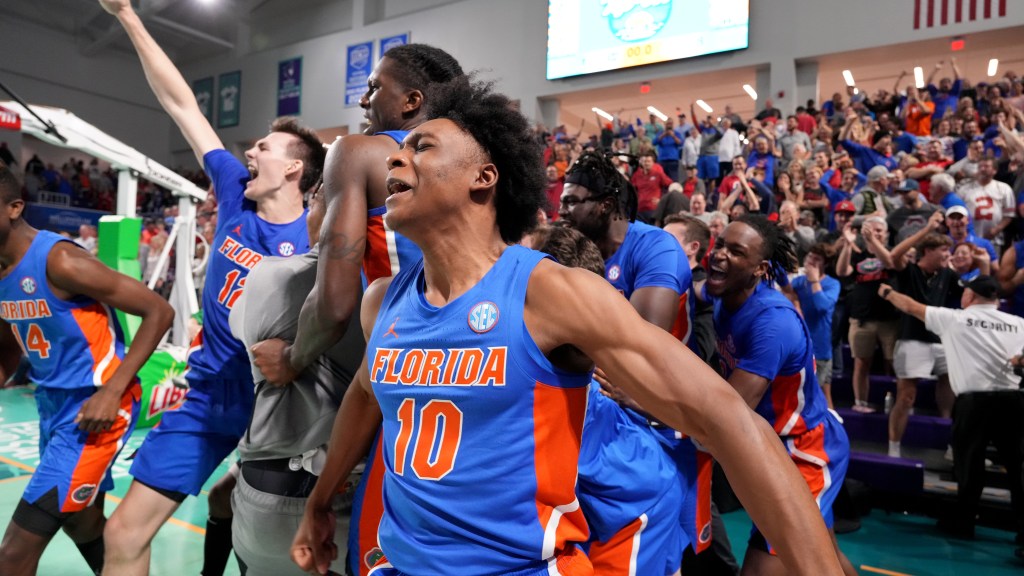 Florida basketball is off to its best start in a while, sitting at 6-0 with a pair of Quadrant 1 wins already over Florida State and Ohio State. The former came by 16 points and snapped a seven-game losing streak to the Seminoles, while the latter came on a buzzer-beating three from Tyree Appleby.

Phlandrous Fleming Jr. got 19 points off the bench in Wednesday’s 71-68 win over Ohio State. The Gators’ next game is Sunday against Troy.

Fleming’s impressive performance against the Buckeyes was enough to earn a start against Troy, and he finished with a solid 11 points and six rebounds as every member of UF’s starting five scored in double figures.

The Gators have one of their toughest tests of the season so far on Wednesday night as the team travels to Norman to take on Oklahoma for what will be its first true road game of the season. A win over the Sooners could mean an undefeated run in conference play for Florida, as its only remaining Quadrant 1 game after this one before SEC play begins comes against Maryland.

UF didn’t have many expectations to start this season, but the transfer portal strategy seems to be working so far. The question will be if this level of play will be able to continue once the team gets into the meat of conference play in a league that should be very competitive this season.