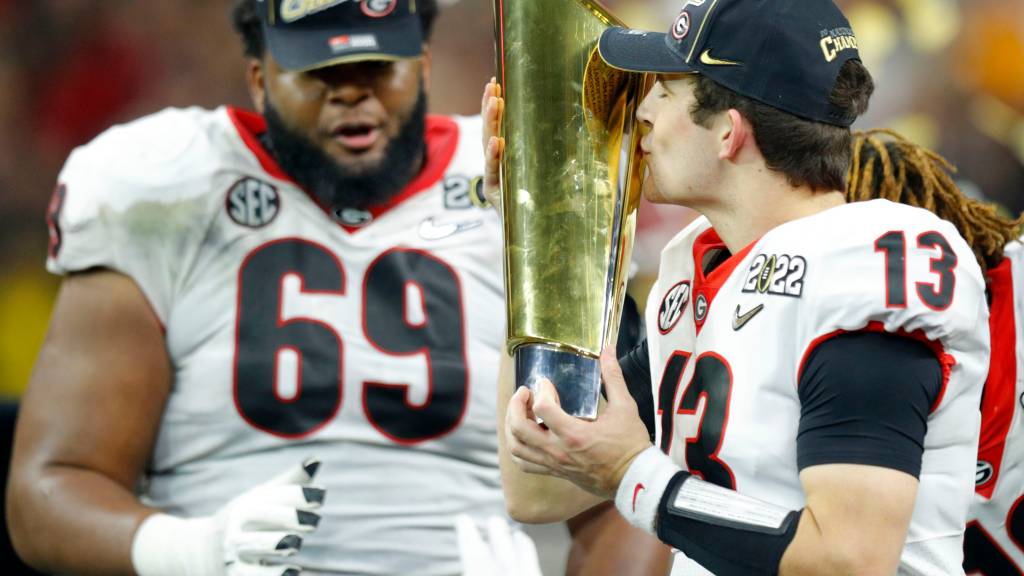 Florida fans’ worst fears were realized on Monday night when the College Football Playoff national championship game ended with Kirby Smart and quarterback Stetson Bennett hoisting the trophy as Georgia won its first national title since 1980. A disappointing 2021 season had one more surprise in store for the Gators as arguably their biggest rival has finally gotten over the hump to reach the heights of the college football world.

While the Bulldogs stand atop the final edition of the USA TODAY Sports AFCA Coaches Poll for the 2021 season, UF is unsurprisingly nowhere to be found, not even receiving a single vote after its season ended with a Gasparilla Bowl loss to UCF that dropped it to 6-7. It was Florida’s third losing season since 2013.

Alabama came up short in a 33-18 loss, but it still holds on to the No. 2 spot in the coaches poll. The next highest-ranked SEC team is Ole Miss, who dropped three spots to No. 11 after losing the Sugar Bowl against Baylor with star quarterback Matt Corral missing most of the game with an injury.

Kentucky is up five spots to No. 15 after a bowl win over Iowa, Arkansas is up four spots to No. 20 after beating Penn State and Texas A&M fell two spots to No. 25 after it had to back out of the Gator Bowl against Wake Forest due to COVID-19.