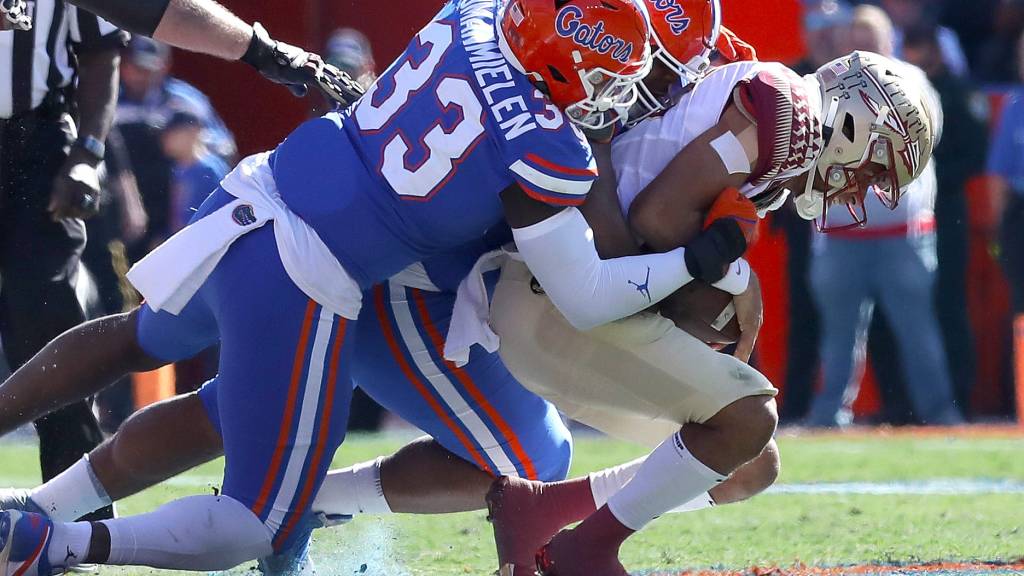 Florida’s 2021 season was one that fans will want to move on from quickly. The team began the season with a division title and, possibly, College Football Playoff hopes. After nearly upsetting Alabama in September, that looked like a real possibility.

But after that, the team lost five of its final nine games, firing coach Dan Mullen after a loss to Missouri in Week 13. The Gators managed to end their season on a high note, defeating rival Florida State at home to close out the year. That victory moved Florida up to No. 31 in the ESPN Football Power Index last week, but after Championship Week, the team has fallen one spot to No. 32.

This is still a surprisingly high finish for a UF team that went 6-6 and struggled mightily down the stretch. But FPI has been high on the Gators all season, so it shouldn’t be particularly shocking.

Florida has one more game before closing the chapter on this season, a Gasparilla Bowl matchup against UCF in the final game with Greg Knox as the interim coach before new hire Billy Napier takes over. UF will look to capture the win over an in-state team and head into the 2022 season with some momentum on its side.