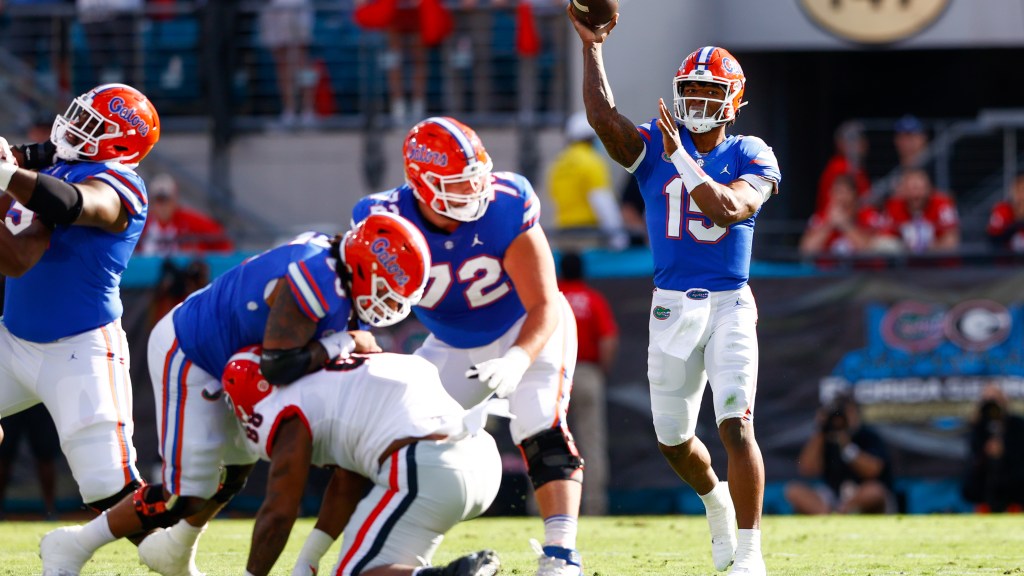 There’s been an interesting disconnect this season between the product Florida puts out on the field and the way that advanced analytics systems view the team. The Gators are 4-4, are struggling mightily on defense and have seen the explosiveness of their offense decrease in recent weeks.

Still, Florida ranks in the top 10 of the SP+ rankings from ESPN’s Bill Connelly, and ESPN’s Football Power Index feels the same way, ranking Florida eighth in the latest edition.

Its projected record (7.5-4.5) is the lowest of any team ranked in the top 10, and somehow, the Gators prevail, ranking ahead of teams like Auburn, Clemson and Iowa State, and just behind the likes of Cincinnati, Pittsburgh and Michigan.

One reason for this could be something that Dan Mullen has harped on a bit too much for Gators fans’ liking this year: The fact that the team has outgained every opponent this season.

While yards don’t equate to points, that is certainly abnormal and just given the numbers, you would not expect this Florida team to be sitting at .500 right now.

The defense stats don’t exactly capture how porous Todd Grantham’s unit has been this year, and offensively, the team has consistently ranked among the best this year thanks to a change in identity to focus on the run game.

Of course, FPI doesn’t mean anything if you don’t win games, and Florida is heading to a disappointing finish. But based on the way the team is viewed by FPI and other analytics systems, it stands to reason this team is a bit more unlucky than your average 4-4 team.

SEC Power Rankings: Florida down a spot after Week 9 loss to Georgia