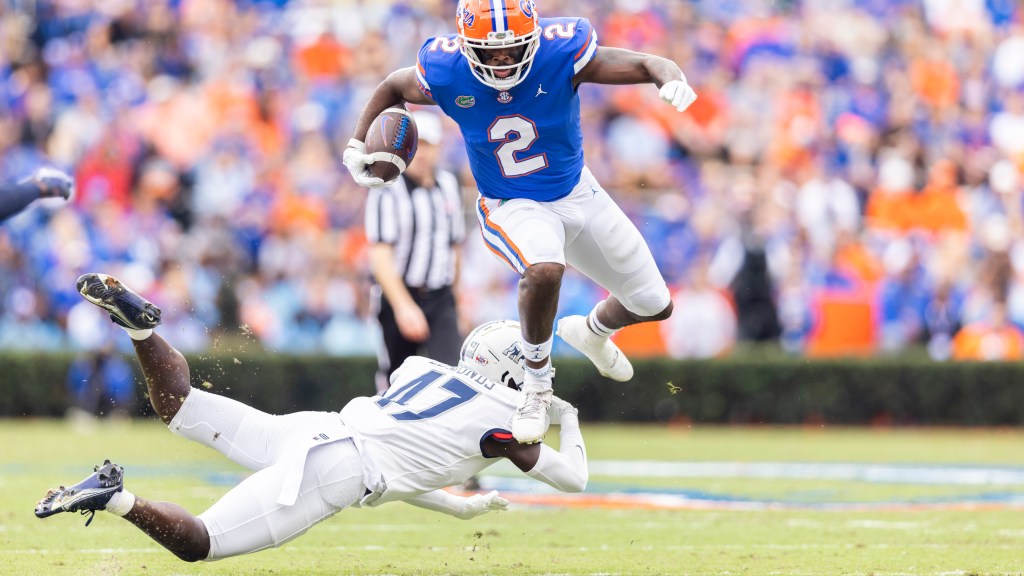 Florida’s near loss to Samford on Saturday was one of the most embarrassing college football results of the entire day. The Gators won, but it sure doesn’t feel like it. They allowed 42 points in the first half to an FCS team before coming back to win 70-52. The Bulldogs had only scored 52 points in one game this season entering the contest and scored 13 points against Chattanooga just three weeks ago.

The win moved the Gators back to .500 on the season, but it’s hard to view this season as anything other than a massive disappointment, and it could get even worse if Florida loses one or both of its final games against Missouri and Florida State.

In spite of UF’s listless performance against Samford, the team still somehow ranks in the top 25 of ESPN’s Football Power Index. The Gators dropped two spots this week but still rank No. 22 in the nation.

Analytics have been high on UF this season in spite of the way it has played over the last month and change. That was more understandable when the team’s losses were by two points to Alabama and in a strange road game against Kentucky. But now, with a shootout loss to LSU and an embarrassing defeat at the hands of South Carolina, it makes a lot less sense.

This is a team still very much fighting to make a bowl game, and it ranks right in between Auburn and Mississippi State. Interestingly, the Tigers and Bulldogs have the same record with MSU coming back from down 28-3 to beat AU on Saturday. In spite of that, Auburn ranks ahead of Mississippi State.

It’s hard to understand what the FPI sees in the Gators, but it still thinks Florida is more likely to win out than not, giving it a 58.8% chance of winning its final two games. FPI gives Florida a 77% chance to win at Missouri on Saturday and a 76.1% chance to beat FSU in the final regular-season game.

This looks like a team that has given up, and it’s a bit surprising that it’s favored at all in the final two games, let alone by margins this wide. The Gators will hope that FPI’s faith in them was warranted as it enters a stretch that could decide coach Dan Mullen‘s fate if that decision hasn’t been made already.

SEC Report Card: What the heck is going on at Florida?