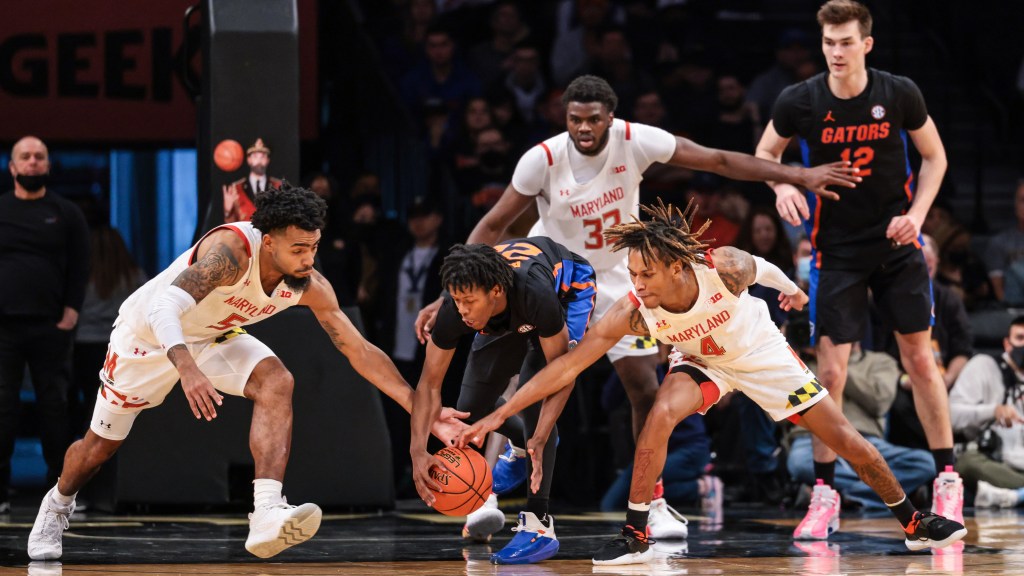 Florida lost a close game to Maryland on Sunday, and ESPN’s Joe Lunardi moved the Gators down to a 10-seed in his latest bracketology update. If the season ended today and Lunardi was 100% accurate, Florida would be playing Illinois in the East Region before facing the winner of Villanova-Wagner.

Lunardi also has Florida “on the bubble” with UF getting one of the “last four byes” in the tournament, meaning the team is just on the cusp of having to play a play-in game to make it into the field of 64. With only two games left before conference play, it’ll be tough for Florida to make up the ground lost in December.

There are seven teams from the Southeastern Conference projected to make the tournament. Lunardi has Alabama as the No. 3 seed in the Midwest Region. Auburn and Kentucky take Nos. 4 and 6 in the West, respectively. Tennessee and Arkansas follow that pattern in the South Region. Undefeated LSU is in the No. 3 spot in Florida’s region, setting up a possible Sweet Sixteen matchup.

Mississippi State is the first team outside of the 68-team bracket. If the Bulldogs can win some big conference games and make it in, the SEC has a real shot at having eight teams in the tournament.

Florida should be able to handle South Florida and Stony Brook before the next update comes out, but the Gators have struggled against low-ranked teams already this season. Florida is ranked No. 60 in the NET rankings with two Quadrant 3 losses on the year (Texas Southern has improved to Q3).