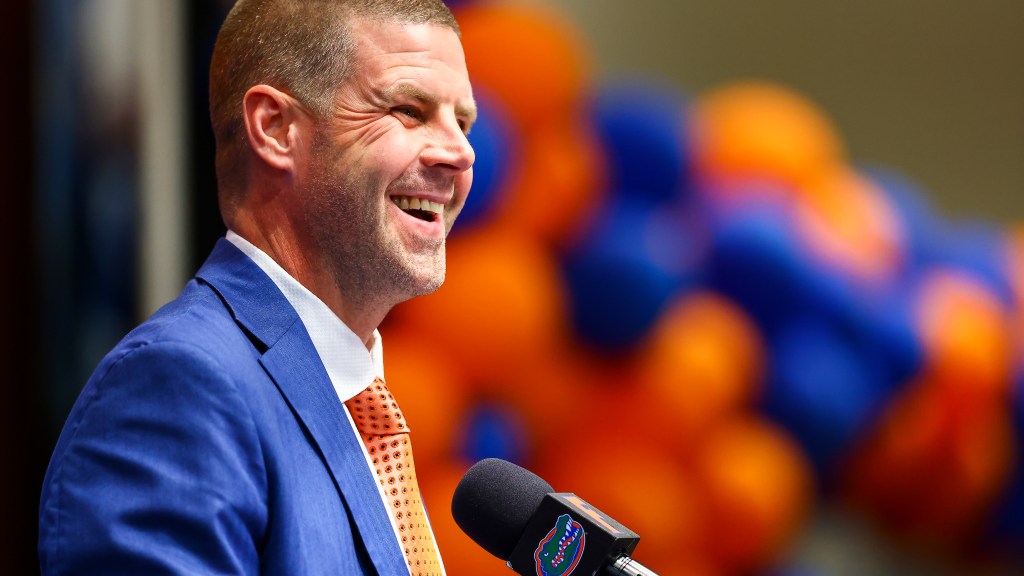 Billy Napier likened the recruiting situation he walked into at Florida to getting into a game with only a few minutes left to play. If that metaphor is to be extended, then Napier just completed a Hail Mary for a touchdown with the haul he brought in on the first day of the early signing period.

Four-star safety Devin Moore kicked off the day by signing with Florida over Notre Dame, and five-star safety Kamari Wilson “shocked the world” with his announcement hours later. Napier held a press conference after Wilson’s announcement and hinted that there should be a few more surprises to come. At least one of those surprises was the re-commitment of four-star linebacker Shemar James, who named Alabama and Georgia as his two finalists earlier in the week.

The Gators entered Wednesday dead last in the conference, in terms of recruiting, and unranked in ESPN’s Top 75. Landing the three blue-chip prospects has Florida up to No. 63 on Thursday, but the Gators are still behind Vanderbilt at No. 14 in the Southeastern Conference.

Tony Livingston is the team’s highest-rated offensive recruit, according to ESPN, and Wilson takes home the honors on the defensive side of the ball.

This a small class, and new head coach Billy Napier has a lot of work to do, but the Gators came out of the early signing period with some positives to build off of. A late visit right before the dead period went a long way in beating Georgia for five-star safety Wilson, an impact-type defender. They were also able to bring one-time Florida commit and ESPN 300 LB Shemar James back into the fold. Livingston is a high school tight end with a ton of upside as an OT with development.

With most of the early signing period action out of the way, Florida should stay put for now. Napier indicated that the team would begin targeting players through the transfer portal once the signing period ends.

Florida’s new coach proved that he can land some of the best players in the country with only a few days to work with. Now he’ll have the time to really pursue who he wants in the Swamp.

Early Signing Day Rundown: Where Florida stands, what’s next for the Gators