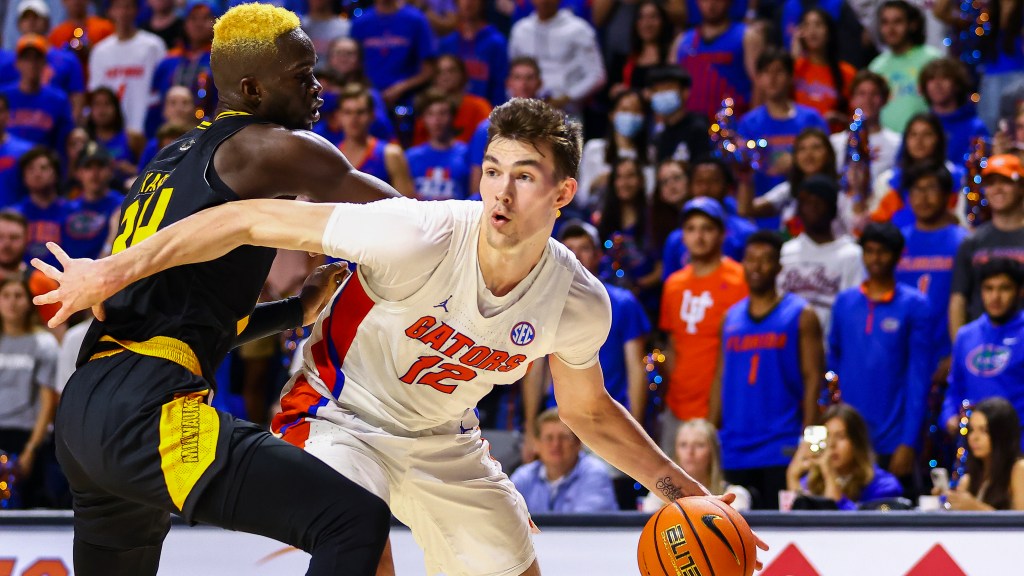 The Ferris Mowers Men’s Basketball Coaches Poll, powered by USA TODAY Sports, received its first update of the 2021-22 season and Florida is now ranked No. 24 in the country.

A victory over previously ranked No. 19 Florida State is what propelled the Gators into the top 25, but Florida has started the season off strong with a 3-0 record. Up next is the Fort Myers Tip-Off tournament for Florida. If the Gators can make it past Cal (2-2), they’ll face the winner of No. 20 Seton Hall-Ohio State. The Buckeyes were previously ranked No. 17 in the Coaches Poll, but a loss to Xavier knocked them out of the rankings. OSU did receive the most points (83) of any team outside the top 25.

Florida joins No. 9 Alabama, No. 12 Arkansas, No. 13 Kentucky, No. 17 Tennessee and No. 22 Auburn as the sixth SEC team in the Coaches Poll Top 25. The Gators won’t get a crack at any of those teams until Jan. 5 when they host the Crimson Tide. LSU could also be ranked by that time as the Tigers have started the year off 4-0 and have gained some votes in the polling.

Colin Castleton has led Florida this year, averaging a double-double through the team’s first three games. Anthony Duruji has also emerged as one of the team’s reliable vets, and the guards have shot well enough from beyond the arc to keep defenses from collapsing on the big men.

It’s early, but this Florida team could be a special one, and coaches around the country are taking notice. The full results of the Coaches Poll can be found below.