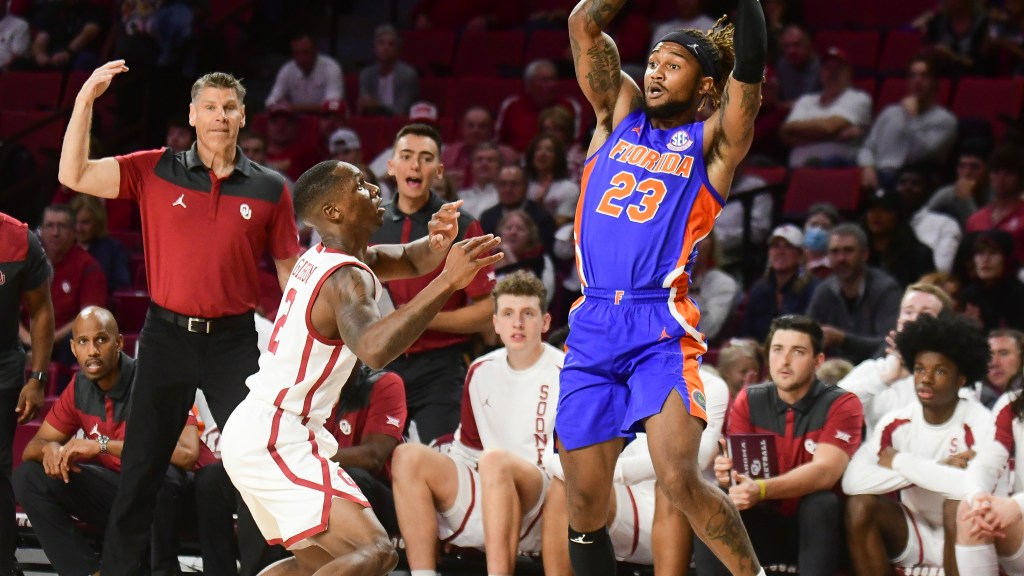 Florida basketball is looking to bounce back on Monday against Texas Southern after losing its first game of the season against Oklahoma last week.

Poor shooting, especially from beyond the arc, proved to be the Gators’ downfall against the Sooners, but a winless Tigers team should be the perfect recovery game for Florida. Texas Southern only has two players averaging double figures in points, and it recently lost to No. 12 Brigham Young, 81-64.

Florida is ranked No. 14 as of publishing time but should drop a few spots once the polls are updated for Week 5. Regardless, it’s hard to believe that a close loss to a major program is any indication of an upcoming loss to a struggling team.

Mike White‘s squad has been relentless against lesser teams. They opened the season with a 13-point win over Elon and followed up that performance nine days later with an 81-45 win over Milwaukee. The victory over Cal in Ft. Myers came by 20 points and they outscored Troy by nearly 40 points.

The Gators will take every game seriously, but a projected starting lineup featuring Brandon McKissic may show that they aren’t too worried about Monday’s matchup. Phlandrous Fleming Jr. has been a key component of Florida’s success this year, and the team plays a whole lot better with him on the court (below). Allowing McKissic to up his numbers against a weak team might help restore confidence after the team’s first loss.

Tiny sample but in Florida’s 4 high major games McKissic is the only Gator in the top 7 rotation without a positive on court net rating (he’s exactly 0). These lineups in these games:

If Florida is going to return to the dominant form it displayed in November, the shots need to fall. The defense will keep the Gators in it long enough to find their groove on offense, but Oklahoma showed what happens if there’s no groove to be found.

Tip-off is at 6 p.m. EST on Monday at the O’Connell Center in Gainesville.

How to follow Florida basketball vs. Texas Southern on Monday