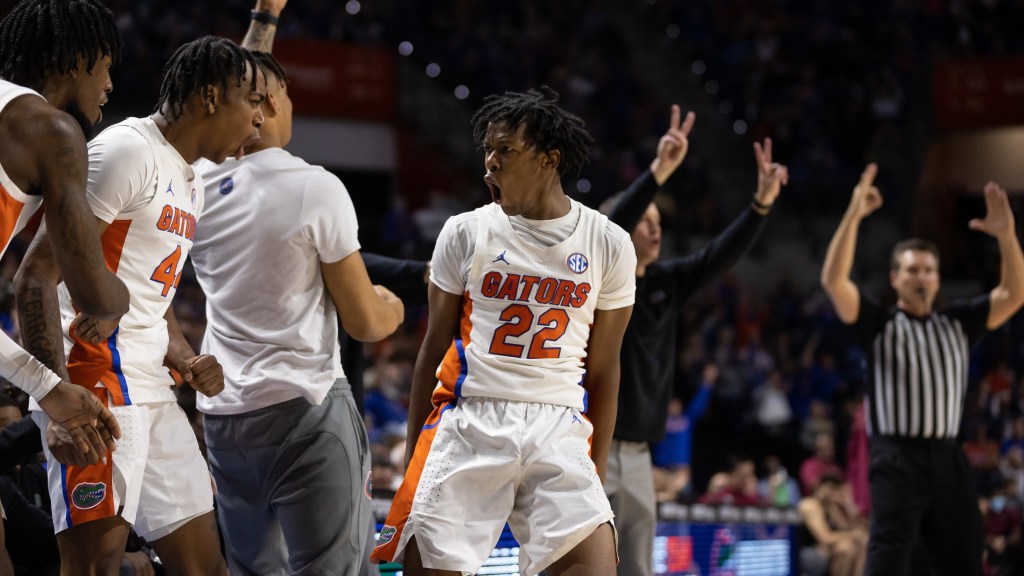 After one week of college basketball, CBS Sports’ Top 25 And 1 rankings haven’t changed much. In fact, the top 18 teams remain unchanged, making Florida’s entry into the rankings all the more impressive.

The Gators took down 19th-ranked Florida State on Sunday for the first time in eight years. The upset victory moved Florida up to No. 26, effectively knocking FSU out of the rankings. The Gators join No. 10 Arkansas, No. 12 Alabama, No. 14 Kentucky, No. 19 Tennessee and No. 21 Auburn as the sixth SEC team in these rankings.

Colin Castleton led the team with 15 points, 16 rebounds and 6 blocks against FSU. He said after the game that the team played with all of their heart for Keyontae Johnson. Last season’s worst moment came in Tallahassee when Johnson collapsed in the middle of the court and was hospitalized. He has since become a bench coach of sorts for the Gators as he remains uncleared to play, and the team obviously loves ‘Coach Key.’

An emotional win over one of the program’s biggest rivals is a nice start to the season for Mike White‘s team, but there’s a lot of basketball to be played and some quality teams within the SEC. Now that Florida is inside the Top 25 And 1, they’ll have to work harder to move up in the rankings.

The Gators face Milwaukee on Thursday before heading to Fort Myers for a tournament that features No. 18 Ohio State.

Three takeaways from Florida’s big win over No. 20 Florida State


PHOTOS: A look at Florida basketball’s big win over FSU