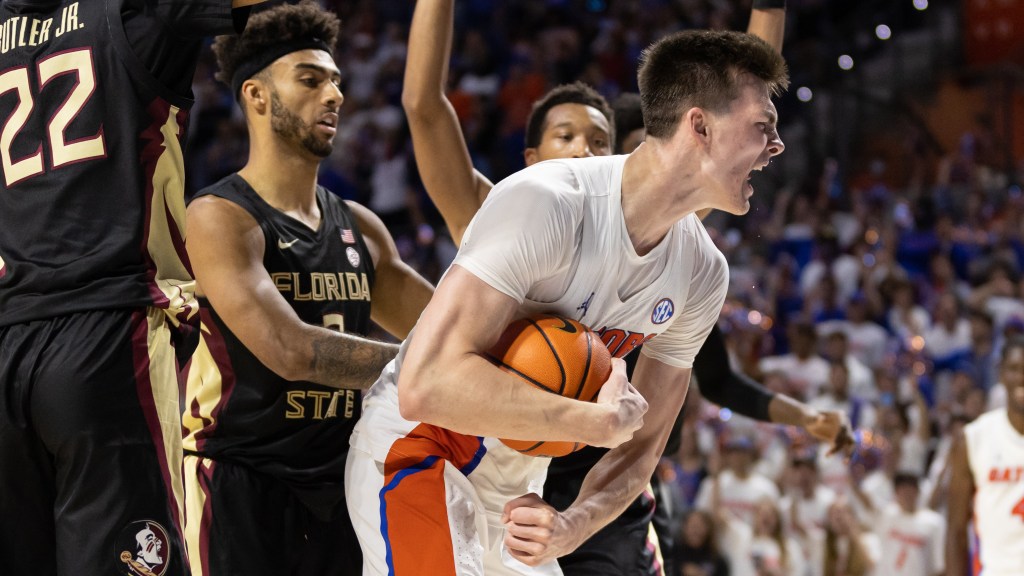 Florida coach Mike White finally got over the Florida State hurdle on Sunday by beating the No. 20 Seminoles in blowout fashion, 71-55. It was the first win in the series for the Gators since 2013 (the team went to the Final Four that year).

There were a lot of questions about this team heading into the year considering the number of newcomers on the roster, but the defense looks elite through two games and the offense has been revitalized. With the win over a ranked team, the Gators cracked the newest AP Top 25 Poll after beginning the season unranked.

The SEC is poised to have one of its strongest seasons in recent memory, and the conference will feature a lot of tough competition. Still, through two games, Florida looks like a team that could be in contention.

Here’s how the full top 25 shakes out heading into Week 2 of the season.

Three takeaways from Florida’s big win over No. 20 Florida State