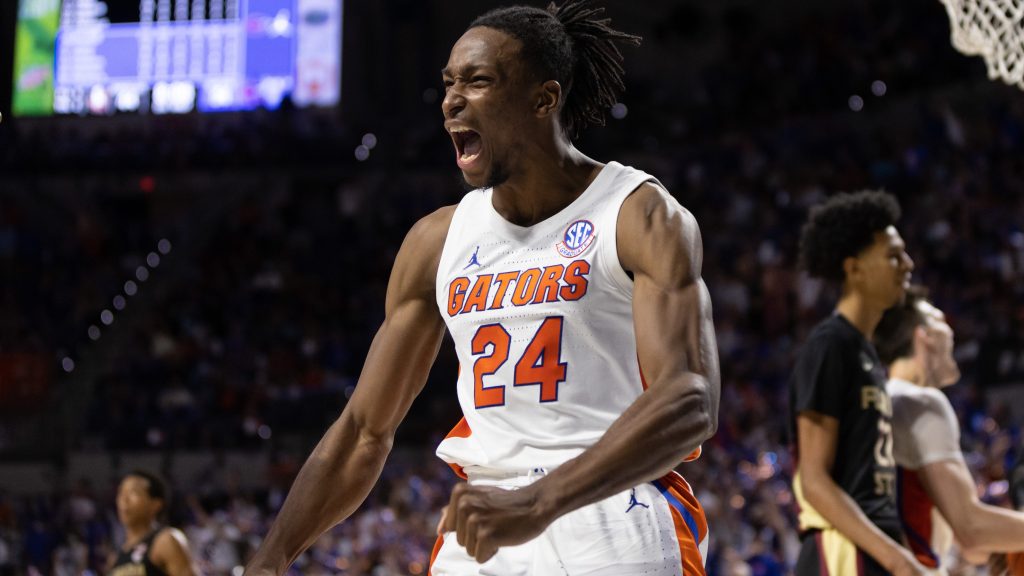 After snapping a seven-game losing streak against Florida State that dated back to 2013, the Florida Gators men’s basketball team will host the Milwaukee Panthers on Thursday.

The 2-0 start has Mike White‘s team ranked in the AP Top 25 at No. 24, but there is still a lot of basketball to be played before the tournament. The Gators played well against FSU but it may be unfair to expect that kind of complete team effort every night out. Colin Castleton, the team’s leading scorer and rebounder on Sunday, said that the team played its heart out for Keyontae Johnson, who collapsed in the middle of the FSU game a year ago.

Fortunately, Milwaukee shouldn’t be nearly the challenge Florida State was. The Panthers are 1-1 so far with the loss being to Eastern Kentucky. There have been a handful of upsets over ranked teams in college basketball early in the season, but this isn’t expected to be another.

Patrick Baldwin Jr. and DeAndre Gholston account for most of Milwaukee’s points and rebounds. Castleton has the height advantage over both players and Anthony Duruji proved himself as a hustle player against FSU, so Florida should gain control rebound battle rather quickly. More opportunities should lead to more points, and Florida could put this one away by the half.

The game tips off at 6 p.m. EST at the O’Connell Center in Gainesville. Here are the projected starting lineups courtesy of the pregame notes.