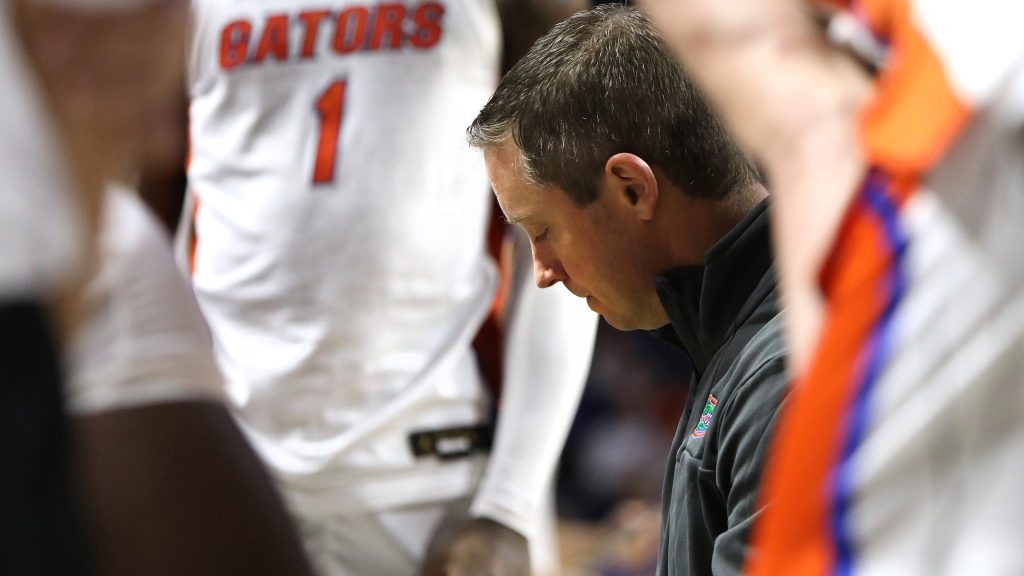 The excitement over Florida’s hot start to the 2021-22 basketball season — which featured a streak-snapping upset over Florida State and a buzzer-beater three to take down Ohio State and win the Fort Myers Tip-Off — has quickly faded. The team’s perfect start was spoiled by a hard-fought road loss to Oklahoma, and if that were the only setback at this point in the season, the team would be in great shape.

Unfortunately for the Gators, they followed that game up with one of the worst performances in school history in a 15-point home loss to a previously winless Texas Southern team. They bounced back against UNF on Wednesday night, but they lost to a Maryland team with an interim coach in Brooklyn on Sunday.

The team now has losses in both the Quadrant 3 and 4 categories, and conversations about UF being a dark-horse contender in the SEC have quickly shifted to questions about whether this will even be an NCAA Tournament team. ESPN asked some of those questions in its latest college basketball rankings which, unsurprisingly, don’t include the Gators.

Even if Florida had won its final two games this past week, the Gators’ 15-point home loss last Monday to Texas Southern would still go down as one of the bigger head-scratchers of the season and warrant inclusion in this section. The Tigers were 0-7 at the time and 23.5-point underdogs. It was Florida’s worst offensive performance since Nov. 10, 2019, and its worst defensive effort since last season. The Gators also then fell to Maryland on Sunday, their third loss in four games.

It’s been a stunning collapse after the team started to garner some real hype in the early weeks of the season, and though the team sits at 7-3 and is far from dead in the water, it will need some big wins in SEC play to remain on the bubble. The league is perhaps the toughest it has ever been, and the Gators will need to improve quickly to be competitive.