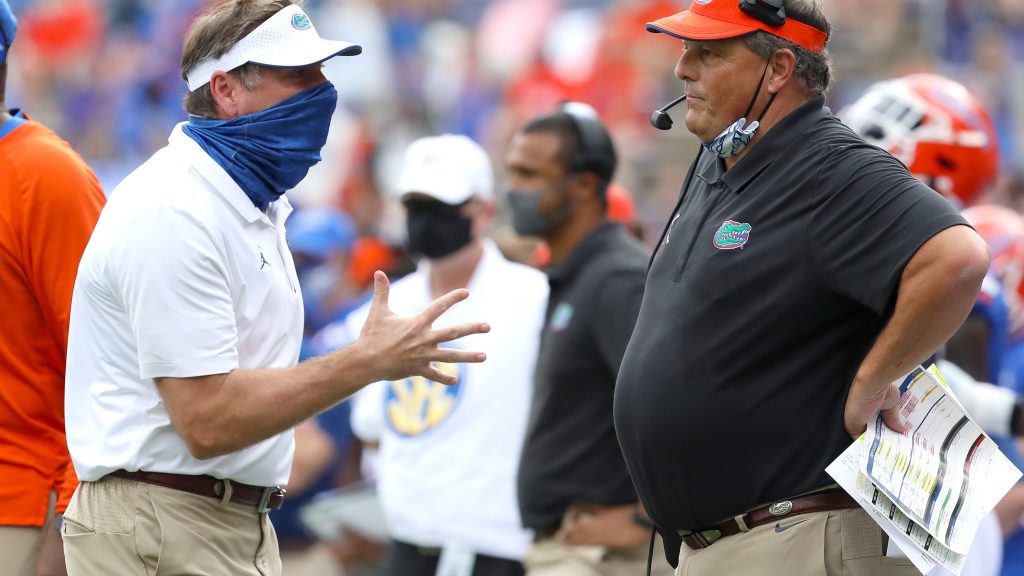 It certainly took long enough, but the Florida football team may have finally given defensive coordinator Todd Grantham and offensive line coach John Hevesy their walking papers, according to The Athletic’s college football writer Bruce Feldman in a tweet sent out on Sunday night.

The fanbase has long soured on the fourth-year DC stemming back to last season when the program wasted a historic offense due to defensive inadequacies that all boiled down to Grantham. While the 2021 campaign had a few brief moments that one could see some improvement if they squint their eyes really hard, that all evaporated starting with the Kentucky loss.

Hevesy came over from Mississippi State with head coach Dan Mullen when he migrated to the Sunshine State to be his offensive line coach and has left a bit to be desired in his tenure. Interestingly, the Gators’ O-line had a strong first-half, earning a mention on the Joe Moore Award Midseason Honor Roll as well as placing among the best in the nation when it comes to the running game. However, the team has steadily declined on the ground leading up to Saturday’s sub-100-yard showing against the Gamecocks.

It is possible that more moves could be coming, but for now, the fanbase should be content with Grantham’s removal if this comes to pass. Hopefully, their replacements can right a ship that has been sucked down into a whirlpool of despair this year