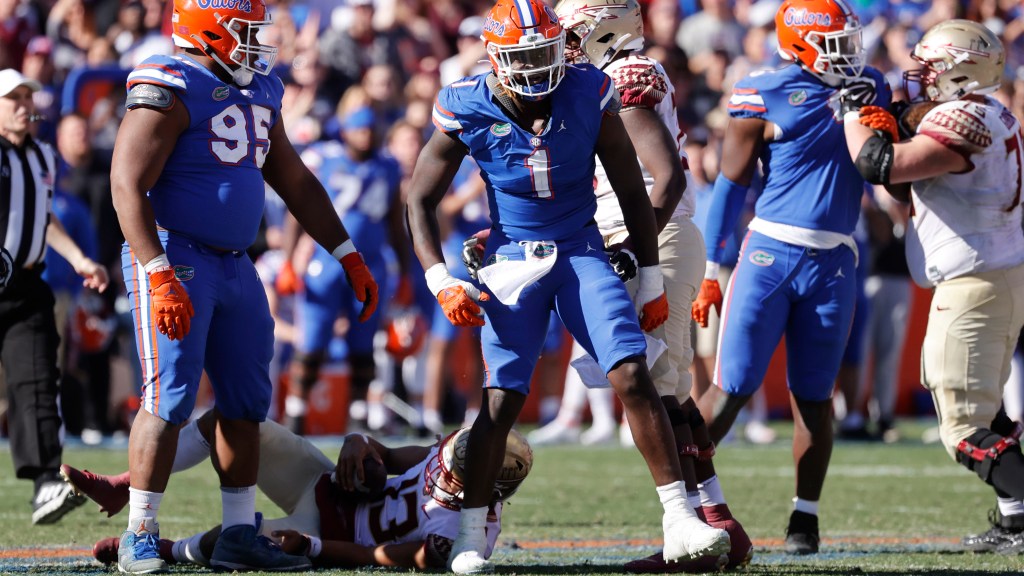 Even when Florida began to struggle earlier in the season, it took a while for ESPN’s Football Power Index to adjust. The analytics-based power rankings were very high on the Gators, who remained in the top 10 even when it lost to Kentucky in October.

However, since then, the team has been steadily dropping down the rankings each week as UF’s position begins to normalize. Despite a fairly impressive upset win on Saturday against a Seminoles team that, while sitting at 5-6 entering this one, has been playing very well recently, Florida saw another drop in this week’s FPI.

The Gators previously ranked just outside the top 25 at No. 26, but they fell five spots even after beating FSU and now rank No. 31. That’s sandwiched between the Wildcats team UF lost to at No. 30 and 8-4 UCLA at No. 32. While Florida is a bit of an outlier here, it’s not as noticeable as the placement of 3-9 Nebraska in the No. 34 spot.

Even as the Gators tumble with a win, they still rank higher than many would expect for a team that is .500 and has won just three of its last 11 games against Power Five teams. With the victory over Florida State, Florida secured bowl eligibility, meaning that a disappointing season isn’t over just yet.

UF will have a new coach coming in soon, and if FPI is any indication, that person won’t be inheriting an entirely bare cupboard.