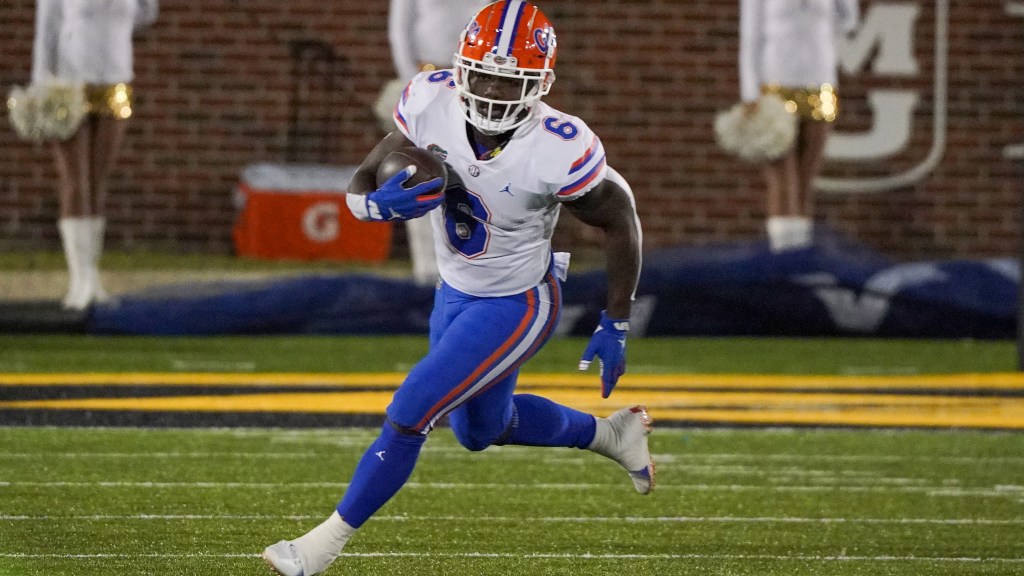 Florida gave a much more solid defensive effort in Saturday’s game against Missouri, but an anemic offensive performance and an extremely questionable decision from coach Dan Mullen to play for overtime with over a minute left on the clock at the end of the game allowed the Tigers to pull off the upset by going for two in overtime for the win.

The loss drops the Gators to 5-6 on what has been an incredibly disappointing season, and the team finished 2-6 in SEC play for the first time since the league expanded in 1992. UF needs to win at home against Florida State next week just to reach bowl eligibility, and that doesn’t feel very likely after Saturday’s game.

ESPN’s Football Power Index continues to be higher on the Gators than it probably should be, as despite the losing record, the team still somehow ranks in FPI’s top 25. It dropped three spots after the Mizzou loss but still sits at No. 25 in the rankings.

FPI gives UF a 73% chance of winning its final game against Florida State and reaching bowl eligibility, and the team opened as fairly heavy favorites in Vegas once again. It’s hard to understand why, but the analytics and the oddsmakers remain somewhat high on the Gators.

Winning next week won’t change much about the way the season is evaluated by the decision-makers, and Mullen could be in trouble regardless of whether he can get this team to a bowl game. But Florida will try to keep its winning streak against FSU going in the Swamp next Saturday to close out the regular season.