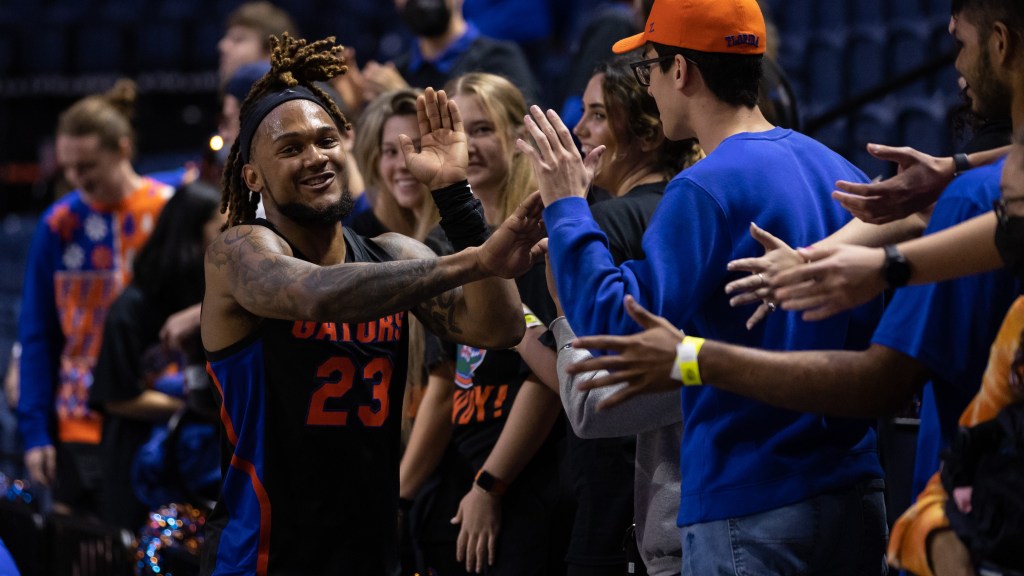 Florida’s basketball team has been in limbo since SEC play began last week. The team was supposed to open its conference slate with a road matchup against Ole Miss in Oxford, but a spell of COVID cases within the UF problem resulted in that game’s postponement, and there hasn’t been any official word on whether the team will make its SEC debut on Wednesday night for its scheduled game against Alabama.

But according to the Gainesville Sun’s Graham Hall, there is some good news. Hall reports that the team is back practicing and expects to be able to suit up against the Crimson Tide at the O’Connell Center.

Been getting a few messages so I’ll make this public: #Gators men’s basketball team is back to practicing, expects to play Wednesday vs. Alabama in what will now be the SEC opener.

The SEC is a very competitive league this season, and Florida will need to play much better than it did down the stretch in non-conference play if it’s going to keep coach Mike White‘s NCAA Tournament streak alive. But for now, UF will hope it has enough players available to get back on the court Wednesday night against the Crimson Tide at 7 p.m. EST.

Breaking down the SEC ahead of the conference basketball schedule