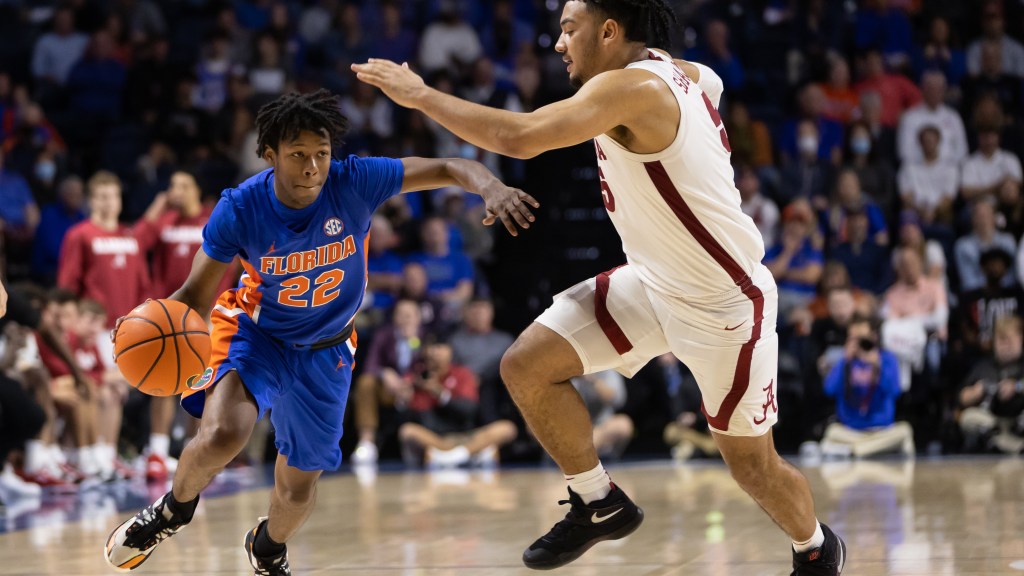 The Gators were out of action for more than two weeks as the result of a COVID-19 outbreak, and that rust was apparent in their SEC-opening loss to Alabama on Wednesday night. The team was competitive for a while and even led at the half, but it couldn’t overcome a disastrous offensive start to the second frame, finding itself in a massive hole en route to a 13-point loss.

That Quadrant 1 loss won’t prove too costly come March, but it did squander a chance for Florida to add a big win to its resume. For a team that will likely be on the bubble, that could have consequences down the line.

It already has in the latest bracketology from ESPN’s Joe Lunardi, who has the Gators dropping from the nine-seed line to the 10-seed line, though the team still tops the Last Four Byes group. UF is listed in the Midwest Region and would draw No. 7-seeded UConn in the first round, per Lunardi’s projection.

It would then likely face the two-seed in Purdue, and it could potentially draw a conference foe if it made it to the Elite Eight in four-seeded Alabama. It could also face the region’s No. 1 seed, Kansas.

As for the rest of the SEC, Auburn remains the highest seed, moving up to the No. 2 line. LSU is also moving up, and it now sits on the three-seed line. Meanwhile, Kentucky and Tennessee are dropping to the No. 4 and No. 5-seed lines, respectively. Mississippi State is the final conference team in the projected field, and the Bulldogs have jumped Florida and are up to a No. 9 seed.

There’s a lot of basketball left to be played, and the Gators could find themselves in a much more secure spot in March or not in the conversation at all, depending on how the SEC slate plays out. Florida is currently projected to play eight Quadrant 1 games in conference play, so it will certainly have its chances to prove it belongs in the NCAA Tournament.