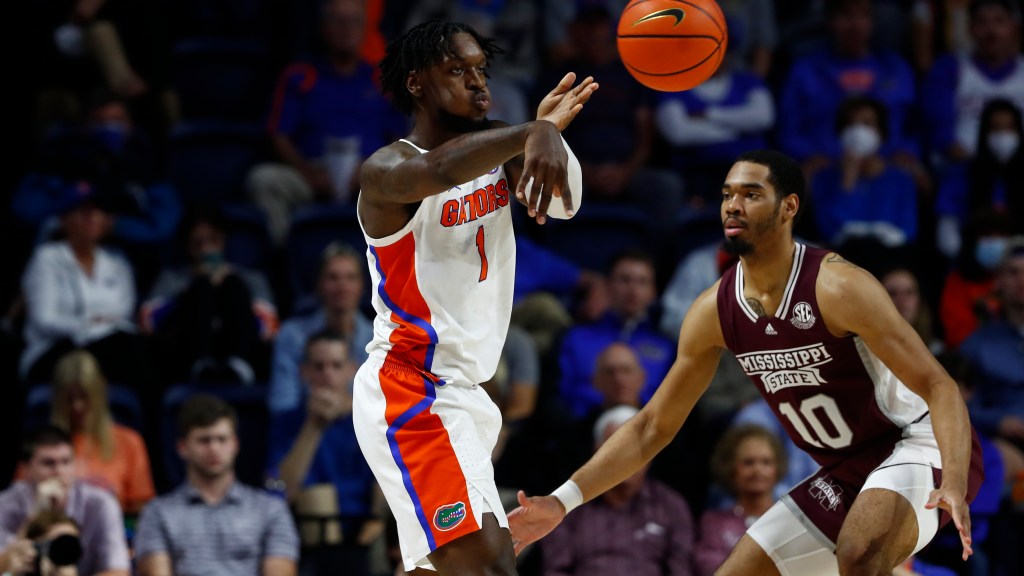 Florida basketball scored a big home win over the Mississippi State Bulldogs on Wednesday night to make it two in a row against SEC opponents after going 0-3 for its worst start in 40 years. It was without star center Colin Castleton, who has been ruled out indefinitely due to a shoulder injury sustained in pregame warmups.

The Gators still have a deep hole to dig out of and the last two wins are a good start. However, the Orange and Blue were shut out of both major polls once again, marking the second-straight week in the USA TODAY Sports Ferris Mowers Coaches Poll and the sixth-straight week in the AP Poll.

The NET rankings provide another proxy for determining where the Gators stand among their college basketball peers. After Wednesday night’s win, Florida found itself back in the top 40 at No. 40 — up four spots from the previous day and six spots from our last update.

Mike White‘s squad faces a tough stretch coming up with three conference games over a five-day span, including the make-up game against the Ole Miss Rebels. While the competition will not be nearly as stiff as the opening trio, Florida’s conditioning and stamina will be put to the test as the Gators fight and claw for an NCAA Tournament spot.