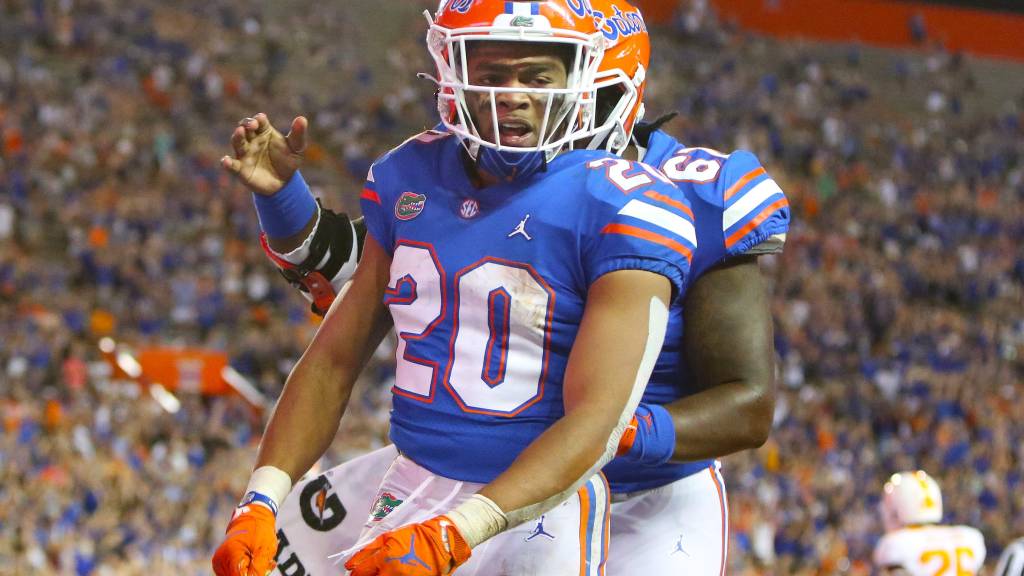 Florida has a big opportunity in front of it. The program only has three all-time wins against the AP No. 1 team, with the last one coming in the 2008 SEC Championship Game against Alabama. The Gators have never defeated the No. 1 team during the regular season, with the most recent loss coming against the Crimson Tide in September.

UF will hope to reverse that trend this weekend when it faces No. 1 Georgia in Jacksonville on Saturday looking to spoil the Bulldogs’ undefeated start and at least make their path to the College Football Playoff a little less cut and dry.

For a game that’s one of college football’s best traditions, Florida will be going with its traditional home threads for this game: orange helmets, blue jerseys, white pants.

This will be the third time UF has gone with its standard home look this season, also wearing it in the games against Alabama and Tennessee.

The Gators may not be doing anything flashy from a uniform perspective, but they will hope the flash happens on the field against the team that is currently the national title favorite.

10 things you should know about the Florida-Georgia game