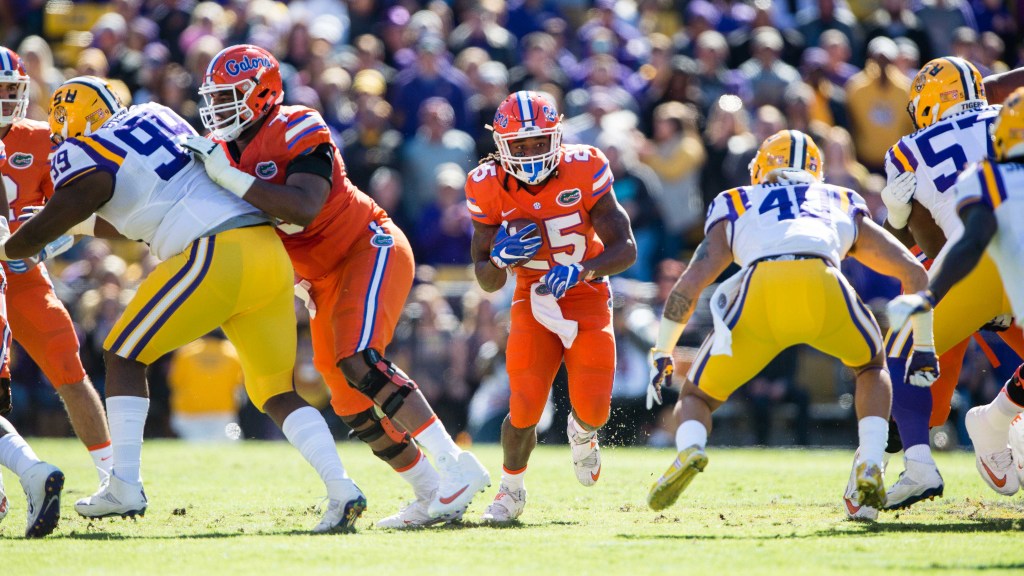 Florida football heads to Baton Rouge on Saturday where it will be looking for its first win at Death Valley since the 2016 season. UF’s gameday look against LSU will be an homage to that game, as it will wear all-orange uniforms on Saturday against the Tigers.

The orange jerseys are a part of the Gators’ regular alternate rotation, but the all-orange look is rare. Wearing that look five years ago, UF defeated LSU 16-10 at Tiger Stadium in a makeup game for Hurricane Matthew that ultimately clinched the SEC East. That game was also the last in the series to kick off at noon EDT.

All orange in Baton Rouge. 🐊 pic.twitter.com/hbKNO8zBXn

Everyone remembers the 98-yard game-winning touchdown pass from Austin Appleby to Tyrie Cleveland in that contest and the subsequent goal-line stand against Derrius Guice that sealed the victory. UF will hope for some of that magic this time around, as in its last trip to Baton Rouge, it lost by two touchdowns to the eventual national champions in 2019.

Donning the all-orange threads, UF will hope for a big win heading into the Georgia game.