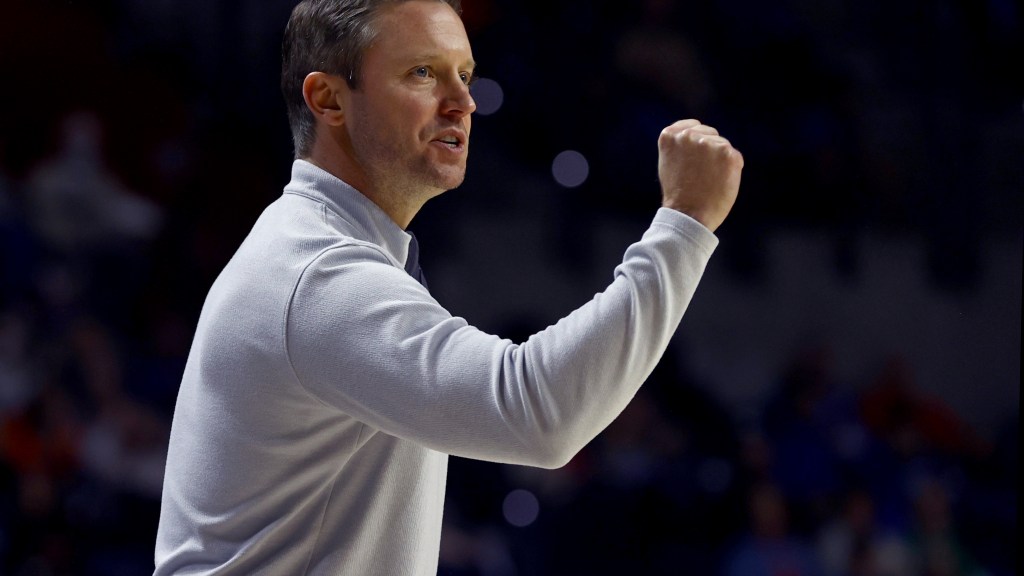 Nothing has come easy for Florida basketball this season. Even in its last three games against struggling opponents, two of which were at home, it needed late comebacks to avoid disastrous losses. The most nerve-wracking was the most recent outing against Ole Miss when the team needed overtime to skirt a Quadrant 3 loss at home.

That game may not have been particularly confidence-inducing, but it was enough for ESPN’s Joe Lunardi to put the Gators back in his projected NCAA Tournament field. In his previous bracketology update, UF was listed as the First Team Out. Now, it’s a member of the Last Four In and is slated to take on fellow 12-seed San Diego State in a play-in game.

The winner earns the right to take on five-seeded Marquette in Pittsburgh in the first round, per Lunardi’s bracket. Florida is placed in the South Region, where the projected top seed is Arizona. With a win over the Golden Eagles in the first round, the Gators would likely draw No. 4-seeded Michigan State in the second round before a potential matchup with the top-seeded Wildcats in the Sweet 16.

With Florida’s addition, the SEC is now projected to get seven teams into the tournament. Auburn remains the No. 1 overall seed, while Kentucky follows shortly behind as a two-seed. Tennessee is up to the five-seed line, Alabama is down to the six-seed line, and LSU and Arkansas are both seven seeds, with the Tigers falling and the Razorbacks rising.

Additionally, Mississippi State, who has been on the bubble with Florida this whole time, is listed among the First Four Out and could crack the field with a big win or two.

Though the Gators are currently projected in, that could change quickly (and has throughout the season). They have a tough stretch of games coming up, too. After a home bout with Georgia on Wednesday, UF hits the road to take on Kentucky on Saturday and Texas A&M next week before returning home to take on No. 1 Auburn.

A Florida team that is just 1-5 in Quadrant 1 games needs to find a way to win one of those games, at the very least, to feel good about its spot heading into the final stretch of the season.