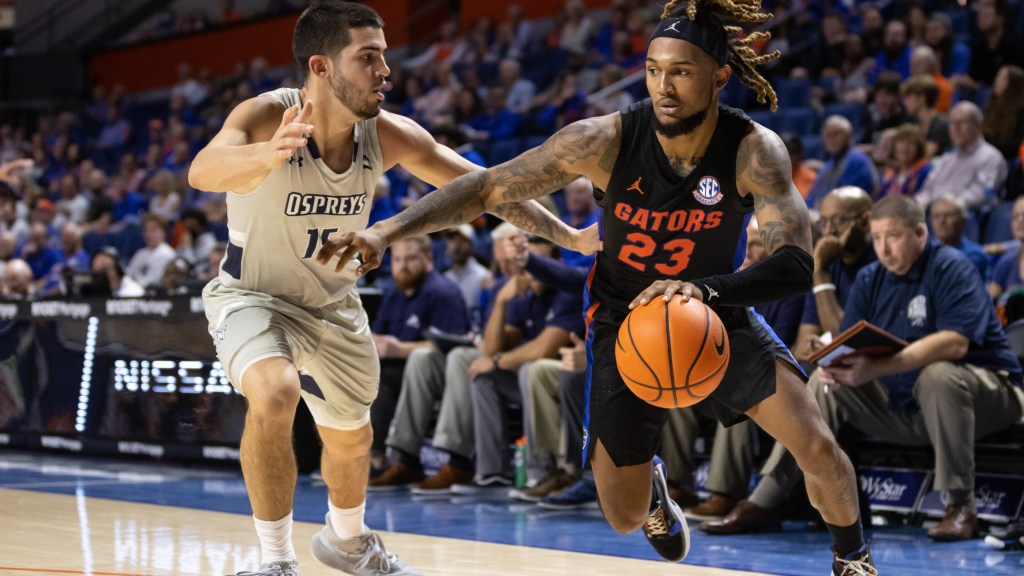 Florida’s strong start to the season was entirely derailed on Monday night with a 69-54 loss to a Texas Southern team that entered the game with an 0-7 record. It’s one of the worst losses in program history for the Gators, and having a Quadrant 4 loss on the resume will only make things more difficult for them heading into SEC play in a league that is the strongest it has been in quite a while.

Still, in spite of that, Florida is still a projected NCAA Tournament team in the latest bracketology from CBS Sports’ Jerry Palm, albeit barely. Palm has UF as a No. 10 seed in the West Region, drawing No. 7-seeded West Virginia in the first round. The Gators would likely draw two-seeded Gonzaga in the second round with a win if this projection were accurate, with the top seed in the region being Iowa State.

With regard to the SEC (and truthfully, in general) Palm’s bracket projection differs greatly from the latest projection from ESPN’s Joe Lunardi. Palm has Alabama as a No. 1 seed in his bracket followed by Tennessee and LSU on the four-seed line. Meanwhile, he has Auburn as a No. 5 seed and Arkansas as a No. 8 seed.

Perhaps the most surprising placement in this bracketology has to do with a team whose absence you may have noticed above. Palm doesn’t have Kentucky in the tournament field, instead, relegating the Wildcats to the First Four Out despite the fact that they rank No. 10 in the country and have only one loss, which came against Duke.

This goes to show that predicting the tournament field, especially in December, is more art than science. But either way, both Palm and Lunardi are in agreement that Florida is getting closer to the bubble line, and it will likely need a few big wins in conference play (and to avoid any more non-conference slipups) to avoid missing the tournament for the first time since coach Mike White‘s first season.