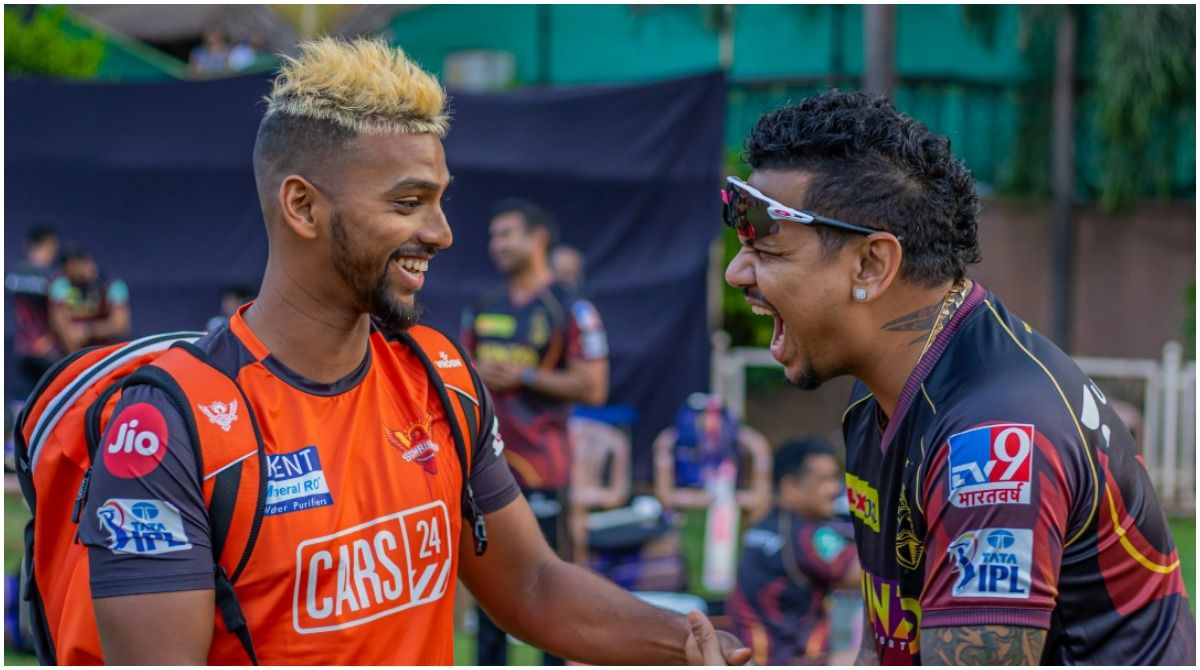 New Delhi: Superb half-centuries by Rahul Tripathi and Aiden Markram helped Sunrisers Hyderabad overcome Kolkata Knight Riders by seven wickets in Match 25 of the IPL 2022 at the Brabourne Stadium here on Friday. Tripathi and Markram got together after Sunrisers had lost their first two wickets for 39 runs. They raised 94 runs for the third wicket partnership after their bowlers had done a good job to restrict Kolkata Knight Riders to 175/8 in their allotted 20 overs. Sunrisers eventually reached 176/3 in 17.5 overs to register a comfortable victory.Also Read – IPL 2022 Points Table After SRH vs KKR, Match 25: Sunrisers Hyderabad Climb To 7th Spot; Kolkata Knight Riders Slip To Fourth

Tripathi top scored with 71 runs (37 balls, 4×4, 6×6) while Markram remained undefeated with 68 off 36 deliveries, hitting six boundaries and four sixes as SRH cruised to victory with 13 balls to spare. They launched calculated attacks, hit big sixes and kept the Kolkata Knight Riders bowlers on the tenterhooks with their superb hitting. The dew of course did not help the Knight Riders but that was expected. Also Read – Why Deepak Chahar Might Lose All Of His IPL 2022 Salary Of ₹14 Crore? | EXPLAINED

Earlier, fighting knocks by Nitish Rana (54 off 36) and Andre Russell (49 not out off 25) helped Kolkata Knight Riders post a par score of 175/8 in 20 overs. Rana came to the rescue with KKR reduced to 31/3 in the fifth over, played a well-controlled knock of 54 off 36 deliveries, hitting six fours and two sixes. He had lost skipper Shreyas Iyer and Sheldon Jackson early but helped KKR cross the three-figure mark in the 13th over. Also Read – FIFA World Cup 2022: Tickets Price Lower Than Indian Premier League (IPL) 2022

After Rana was out, caught by Pooran off Natarajan going to raise the tempo, Russell took over from there and kept the scoreboard ticking before blasting sixes and a four off successive deliveries off-spinner J. Suchith in the 20th over to propel KKR to a respectable score. Natarajan was the best SRH bowler in the field on Friday, claiming 3/37 while Umran Malik claimed 2/27 off his four overs.