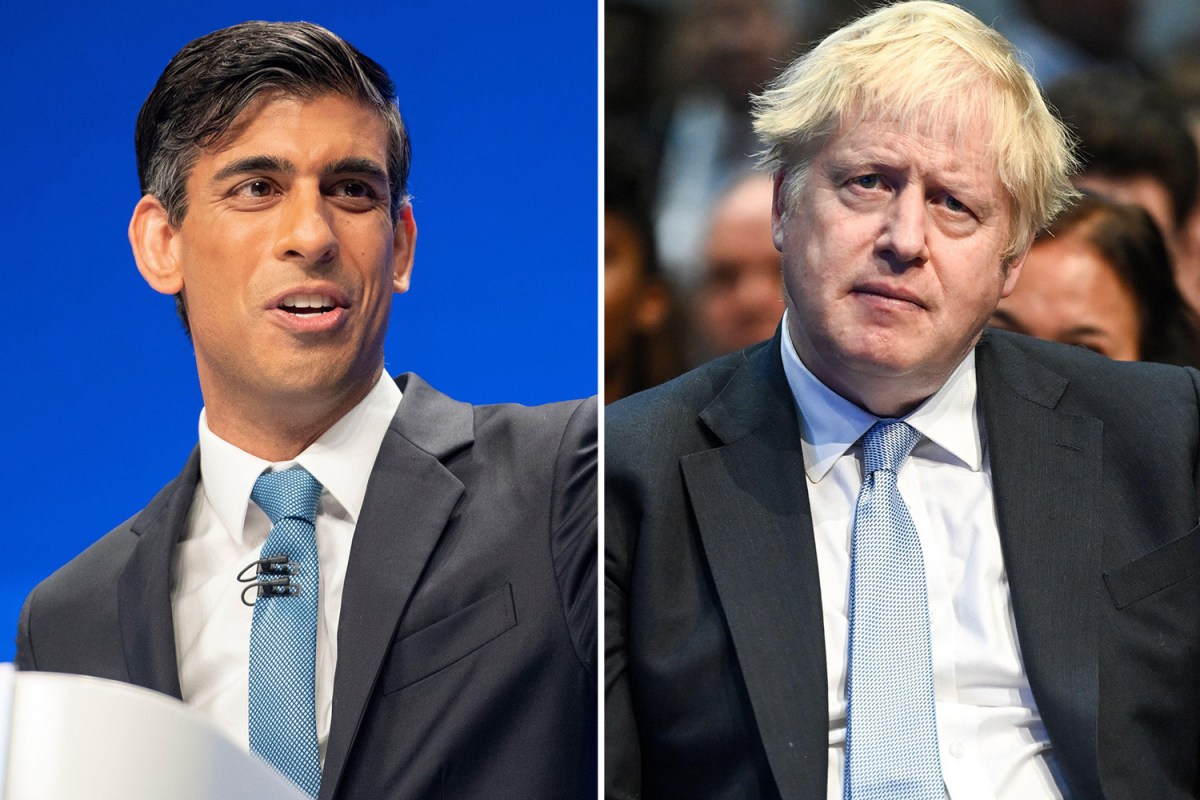 A FRESH rift broke out between Boris Johnson and Rishi Sunak last night over splurging billions for green funds.

Leaked documents revealed to businesses that the Chancellor’s team has warned taxes may have to rise under the PM’s Net Zero plans.

Treasury officials are said to have accused the PM of “economic illiteracy”.

A string of warnings to businesses last month appeared to highlight some huge economic risks of going green.

They echo an official Net Zero interim review last year, which warned it would have “implications for the competitiveness of the economy”.

It said some sectors would benefit from “new export opportunities” but others may “become less competitive if other countries follow different decarbonisation paths”.

The Chancellor will lose an estimated £20billion a year in fuel tax for the Treasury coffers as Brits swap over to electric cars, and is widely expected to introduce new green road taxes to replace it.

The PM’s Net Zero review and buildings and heating strategy is expected this week.

Gas boilers are to be banned from 2035, and Brits will be able to get up to £7,000 in government grants to buy an eco-friendly alternative such as a heat pump.

Last night PoliticsHome revealed each sector of the UK economy is set to get specific carbon emission reduction targets for 2035.

It comes as the PM attempts to rally other countries to go green in the run-up to his COP26 summit in Glasgow.

The Treasury said last night: “The Government is committed to tackling climate change and the Prime Minister has set out an ambitious Ten Point Plan to help us achieve that.

“The Treasury is playing a crucial role by allocating £12billion to fund it, setting up the UK Infrastructure Bank to invest in Net Zero, and committing to raise £15 billion through our Green Gilt for zero-emissions buses, offshore wind and schemes to decarbonise homes.”