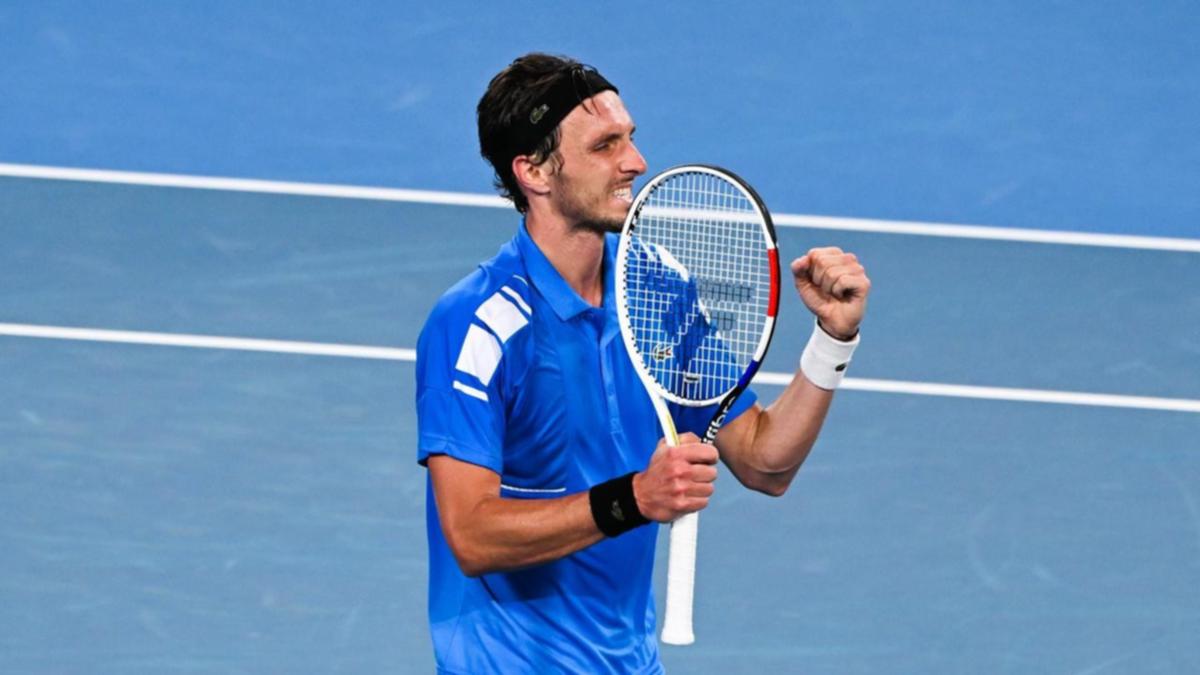 Frenchman Arthur Rinderknech has swept into his first ATP final with a crushing win over countryman Corentin Moutet in Adelaide on Friday.

The rangy Rinderknech won 90 per cent of points on his first serve in a dominant display to wrap up the victory 6-1 6-3 in 76 minutes.

Ranked world No.58, Rinderknech will face either in-form Australian wildcard Thanasai Kokkinakis or fourth seed Marin Cilic, with the pair squaring off in the other semi-final later on Friday.

“I’m really happy to be in the final – it’s a new step again.

“I made the semi-final in Kitzbuhel last summer and now the final here for my first tournament of the year.”