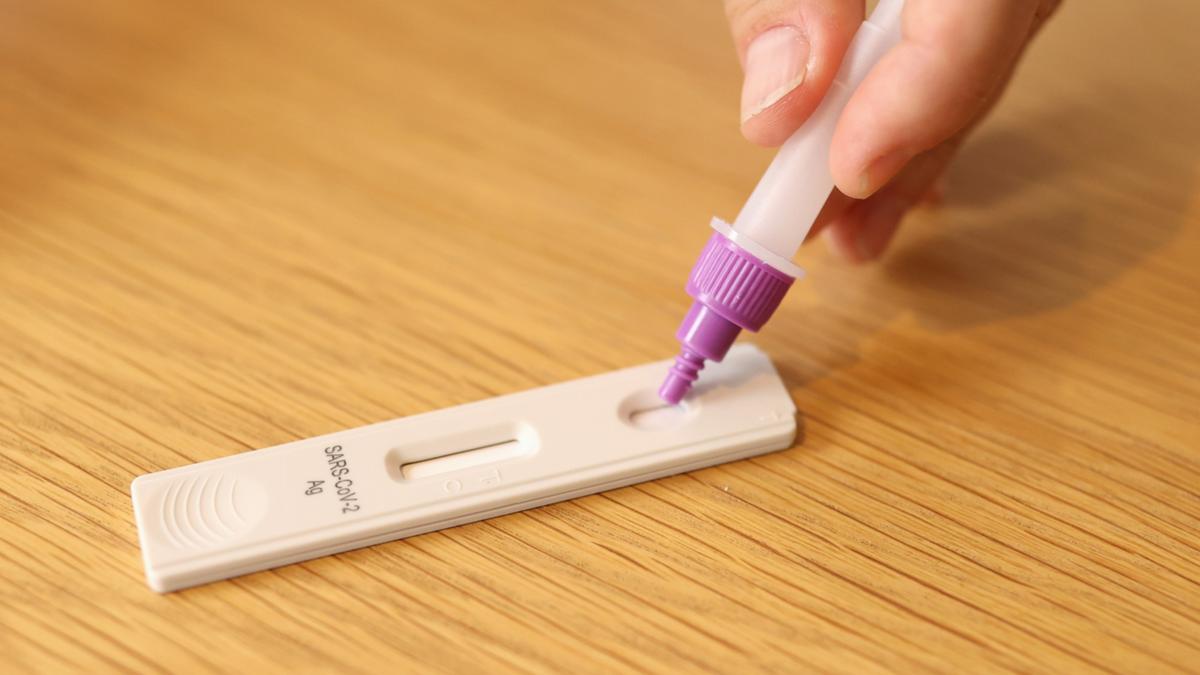 President of the Pharmacy Guild of Australia Trent Twomey says there will be enough tests over the course of the program, which begins on Monday, but supply is constrained at the moment.

See more about the rollout in the video above

“We don’t have enough today,” he told the Nine Network on Monday.

“There are 6000 community pharmacies in Australia and 804 pharmacies went live this morning. The majority will simply not be going live.”

Mr Twomey says there are 13 million tests arriving in the next week and 22 million in the first three weeks of February just for pharmacies.

“But like with everything in this pandemic we are competing with supply chain shortages of rapid antigen tests not just in the UK and the US but here in Australia,” he said.

“The bigger boys are getting stock before the smaller guys. We can’t get enough stock for all pharmacies for all of those 6.6 million Australians that have (concession cards).”

Some pharmacies are also waiting for prices to drop before joining the scheme, with the government reimbursing pharmacies $10 per test.

“The prices are high at the moment,” Mr Twomey said.

“Some pharmacies … need to wait for their new shipments to arrive, which will see the price drop so they can afford to participate.”

The government has again defended their rollout of the concessional scheme, with Treasurer Josh Frydenberg saying every country is suffering from supply chain issues with regards to the tests.

“There’s great demand for these rapid antigen tests right around the country and here in Australia we’ve got more than 200 million on offer,” he told the ABC on Monday.

“The good news is more are coming online with millions arriving into the state and through the federal government.”

“It’s definitely been a factor,” he said.

“You can’t be Nostradamus, its not like we weren’t bringing them in. The whole world is having issues with rapid antigen tests.”

Labor Leader Anthony Albanese said the government ordered RATs too late, and then sought to shift the blame.

“They got their ads ready before they ordered the tests. Something that characterises this government is it sits back, waits for something to become a crisis then it blames others for the problem,” he told the ABC.

“Barnaby Joyce actually just blamed the Australian people themselves. It’s so frustrating when you are a pharmacist or a medical centre getting phone call after phone call as people search desperately to get a rapid antigen test.”

RATs will also play a key role in the return to schools in the two biggest states.

As part of NSW’s long awaited back-to-school plan, teachers and pupils will get two of the tests per week when they return to classrooms.

Victorian Premier Daniel Andrews announced a similar strategy, saying 6.6 million RATs will be delivered to schools and early childhood centres across the state before primary and secondary students resume classes on January 31.

It comes as One Nation leader Pauline Hanson has called for a royal commission into how Australia’s governments have handled the pandemic.

She says the pandemic has affected every Australian in some way with people dying, workers losing their jobs, individual rights and freedoms being restricted and unelected bureaucrats wielding “extraordinary power”.

“We need a royal commission, not to lay blame or find scapegoats … but primarily to learn which pandemic measures worked and which didn’t so we are much better prepared for the next pandemic,” she said.

Senator Hanson’s call came after another grim day with 58 deaths reported across the country on Sunday.