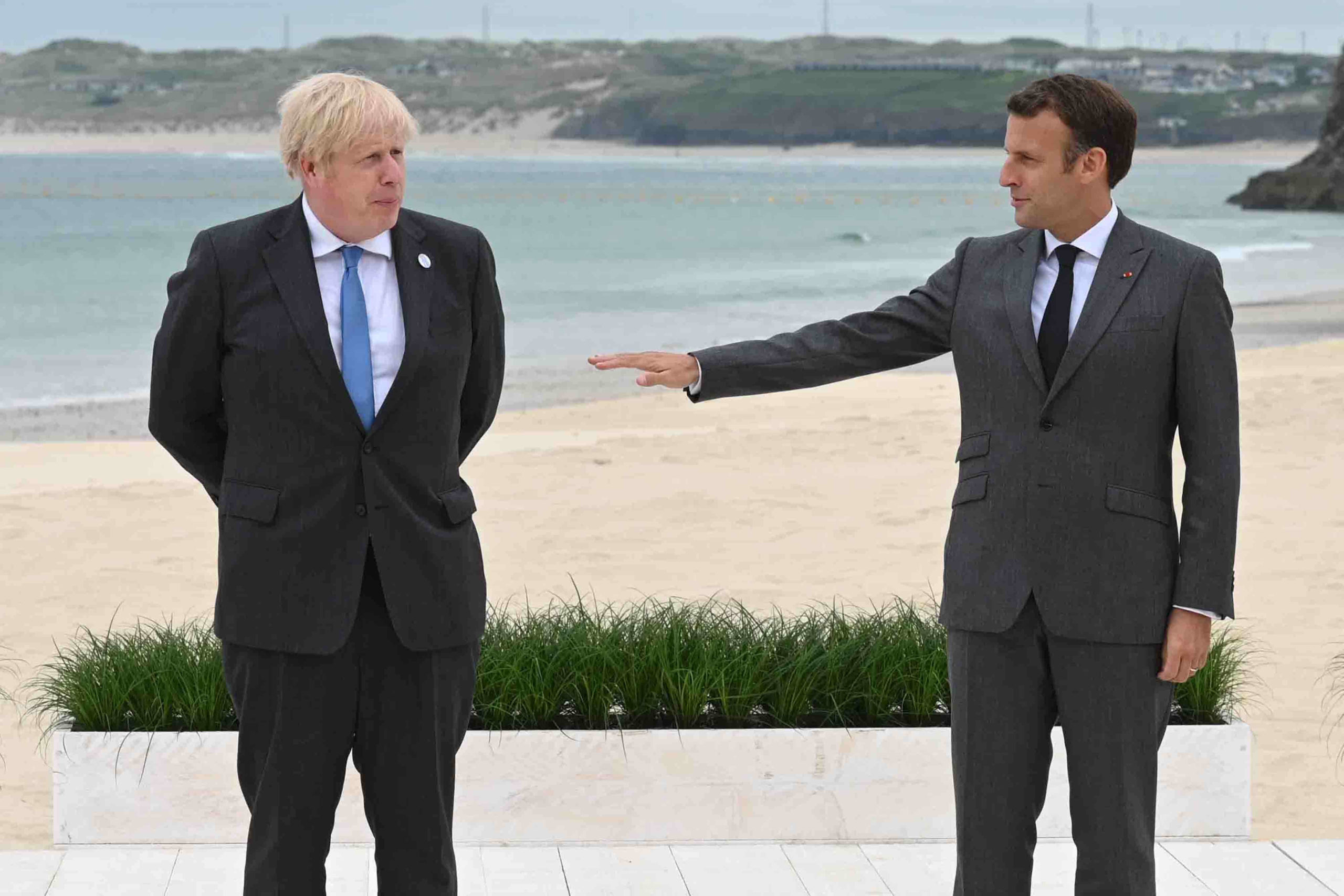 Downing Street confirmed yesterday that the PM will hold “brush by” talks with the French President at the G20 on Sunday.

Yesterday evening POLITICO revealed a private letter sent by French Prime Minister Jean Castex to European Commission President Ursula Von Der Leyen, that read: “It… seems necessary for the European Union to show its full determination to obtain full compliance with the agreement by the United Kingdom and assert its rights by using the levers at its disposal in a firm, united and proportionate manner.

“It is essential to make clear to European public opinion that compliance with the commitments entered into is non-negotiable and that leaving the Union is more damaging than remaining in it,” implying that the UK ought to be punished for its exit from the political union and trade bloc.

According to the Evening Standard the talks lasted less than 15 minutes and Ms Colonna avoided addressing press waiting outside the Foreign Office..

This latest flashpoint was triggered overnight on Wednesday, when France detained a British trawler and verbally warned another off the coast of Le Havre, and the French government subsequently threatened to hike tariffs on energy, customs, and limit port access.

In a statement on Thursday, Brexit minister Lord Frost accused France of violating the U.K.-EU Trade and Cooperation Agreement (TCA) and thus international law warning: “We regret the confrontational language that has been consistently used by the French government on this issue, which makes this situation no easier to resolve.”

The incident could provide an awkward backdrop for this afternoon’s G20 talks in Rome, not to mention the ongoing EU talks over the Northern Ireland Protocol, and the landmark COP 26 UN climate summit set to kick off in Glasgow on Sunday.

Environment secretary George Eustice told MPs this week that the UK will “stand squarely behind Jersey” and explained that the detained trawler was granted an EU fishing permit, and that it was “unclear” why it had been removed from the list of permitted vessels.

The French Maritime Ministry wrote in a tweet: “This Wednesday, two English ships were fined during classic checks off Le Havre.

“The first did not comply spontaneously: verbalisation.

“The second did not have a licence to fish in our waters: diverted to the quay and handed over to the judicial authority.”

France and Britain have been embroiled in a post Brexit dispute over fishing licenses for months.