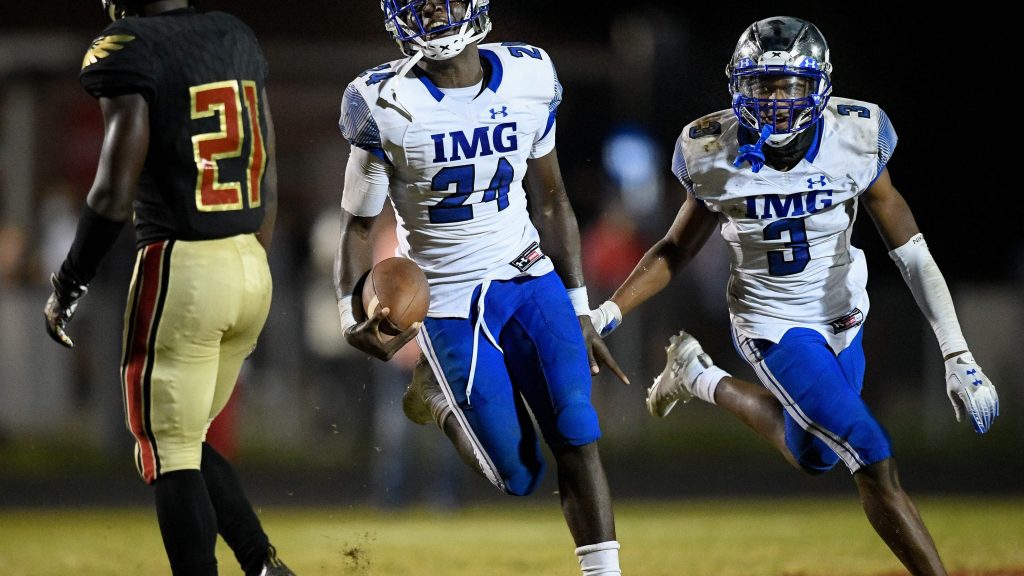 Florida has a lot of work to be done ahead of national signing day on Feb. 2, but it got off to a good start with an early signing day in December that went better than most expected. We learned on Monday from a report by Gators Online’s Corey Bender that four of those players plan to early enroll in Gainesville.

Five-star safety Kamari Wilson headlines this group, and the team announced on Monday that Wilson had already enrolled at UF. Wilson, the No. 28 overall player in the country (per the 247Sports Composite), was a major early signing day win for coach Billy Napier, as the IMG Academy prospect was previously considered a Georgia lean. He competed in the Under Armour All-American game in Orlando this past weekend.

He’ll be available for spring practice alongside Kamryn Waits, a transfer from Louisiana who played in just three games last year as a true freshman. The monsterous 6-foot-8-inch, 358-pound offensive tackle has four more years of eligibility. Florida announced Waits’ matriculation alongside Wilson’s.

According to the report from Bender, three more Gators signees plan to enroll early in the coming weeks: safety Devin Moore, offensive tackle David Conner and defensive tackle Chris McClellan. Moore was a player who committed on early signing day, while Napier maintained commitments from Conner and McClellan during the transition. Moore and McClellan are four-star prospects who have committed to play in the All-American Bowl in San Antonio this week.

All five of these players will be available when spring practice begins next month as Napier tries to turn things around in Year 1 after a 6-7 finish in 2021.

Here are four transferring players who should interest the Gators