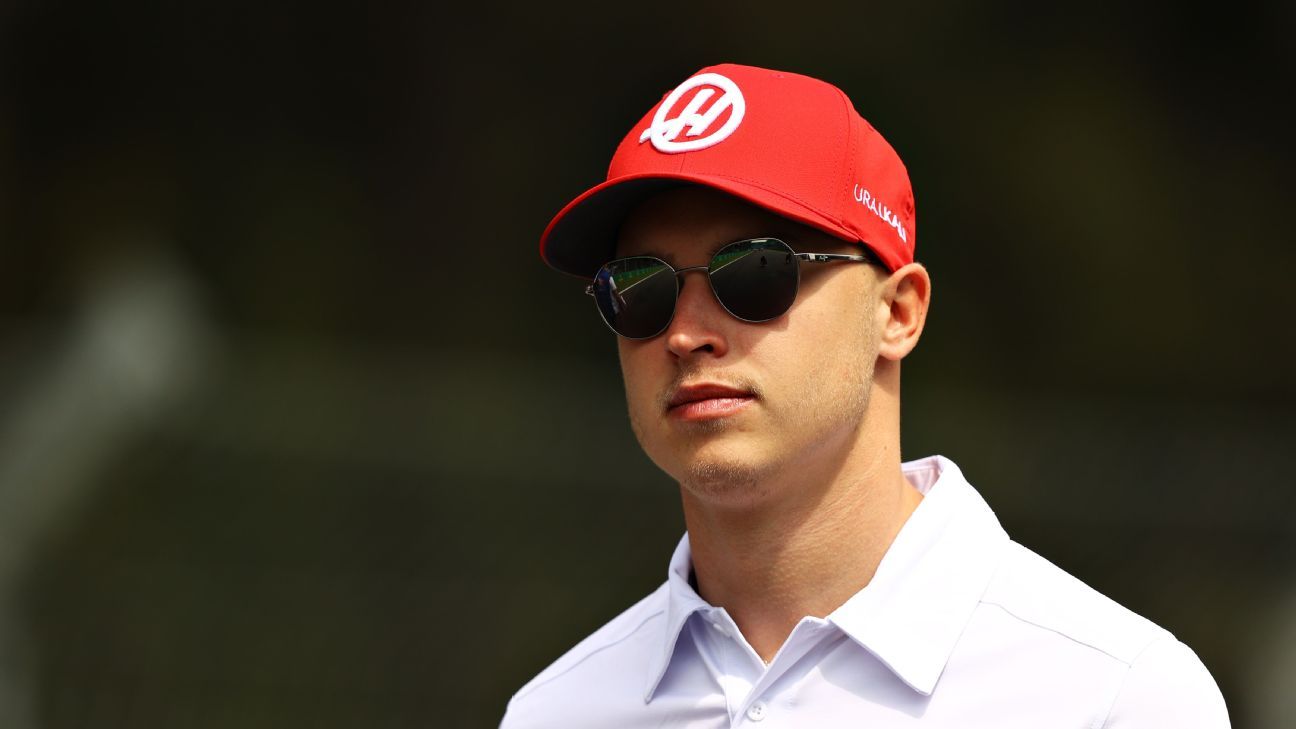 Russian Formula One driver Nikita Mazepin joined his oligarch father Dmitry on an EU sanctions blacklist on Wednesday, after being fired by the U.S.-owned Haas team last week following his country’s invasion of Ukraine.

The move means Mazepin, 23, would have been unable to compete in many of the races even if his contract had not been terminated.

The Russian spoke earlier to reporters by video link from Moscow, hitting back at Haas and announcing a foundation to support athletes prevented from competing due to war or politics.

The official journal of the European Union described Belarus-born chemicals billionaire Dmitry Mazepin, who has funded his son’s racing career, as “a member of the closest circle” of president Vladimir Putin.

It said Nikita Mazepin was “a natural person associated with a leading businessperson [his father] involved in economic sectors providing a substantial source of revenue to the Government of the Russian Federation.”

Speaking to reporters, the driver had said he would have competed as a neutral in accordance with the rules of the governing FIA.

Asked three times how he could truly be ‘neutral’ given his father’s apparent ties to the Kremlin, Mazepin avoided answering the question.

Russian potash company Uralkali, owned by Mazepin senior, was Haas’s title sponsor until the team removed all branding and ended the deal.

Haas announced on Wednesday that their former Danish driver Kevin Magnussen would be making a comeback as Mazepin’s replacement.

Mazepin said the “We Compete as One” foundation would be funded by money that would have been used to sponsor Haas, although Uralkali said much of that had been paid already.

No financial details were given and there was no comment from the team.

Mazepin said there had been no contact with his former bosses or former team mate Mick Schumacher, son of seven times world champion Michael.

“In situations like this you can see the true face of everybody around you,” said the Russian, who added that others, including Mercedes’ George Russell and Ferrari’s Charles Leclerc, had sent “very simple” personal messages.

“They know how important the sport is to them, to their lives. They supported me in feeling for me for losing that opportunity to compete,” Mazepin said. “Nothing political. Just personal, keep your head up.

“It was just what I believe a good human being should do.”

He did not discuss the war or politics, but said in an opening statement that he had friends and relations on both sides.

The foundation, whose name echoes F1’s “We Race as One” initiative to promote diversity and equal rights, would start by helping Russian Paralympic athletes sent home from the Beijing Games, he added.

“The foundation will allocate resources … to those athletes who have spent their lives preparing for Olympics or Paralympics or other top events only to find they were forbidden from competing and collectively punished just because of the passports they held,” he said.

Russia’s invasion of Ukraine, which Moscow calls a ‘special military operation’, has led to a barrage of sanctions with ally Belarus also punished.