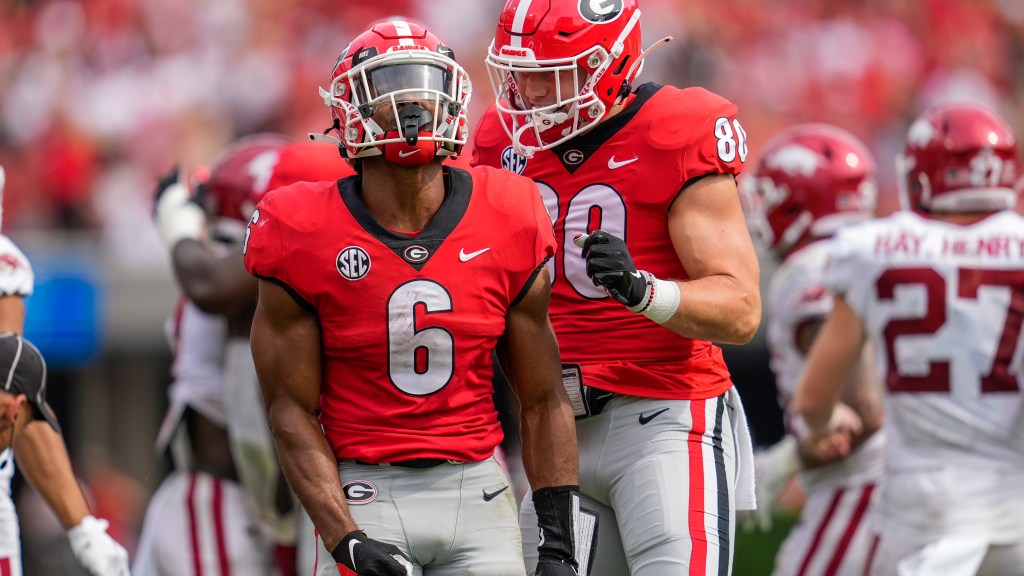 Georgia entered the year with high expectations for quarterback J.T. Daniels, a former five-star recruit and transfer from USC who started the last four games of the season in 2020 and played quite well. He entered the year with potential Heisman hype and was a major reason the Bulldogs were a trendy preseason championship pick.

However, injuries have limited Daniels to just three starts in which he totaled 567 yards, five touchdowns and two picks. In his place, the Bulldogs have started Stetson Bennett IV, who got the start against the Gators last year and struggled.

He’s been much better in 2021, and the UGA passing offense hasn’t missed much of a beat without Daniels available. Bennett has thrown for 996 yards, 11 touchdowns and two picks, but his completion percentage is still lagging a bit behind Daniels.

According to a report from Dawgs247, Daniels has been a full participant in practice this week, and it’s possible he could make his return against the Gators. Georgia ranks just 42nd in total offense, and that’s being weighed down by the passing game, which ranks 62nd and averages 237.4 yards per game. The air attack is doing just enough, but getting Daniels back could prove to be quite a boost.

This unit is far from Georgia’s most fearsome, but it can certainly get the job done.