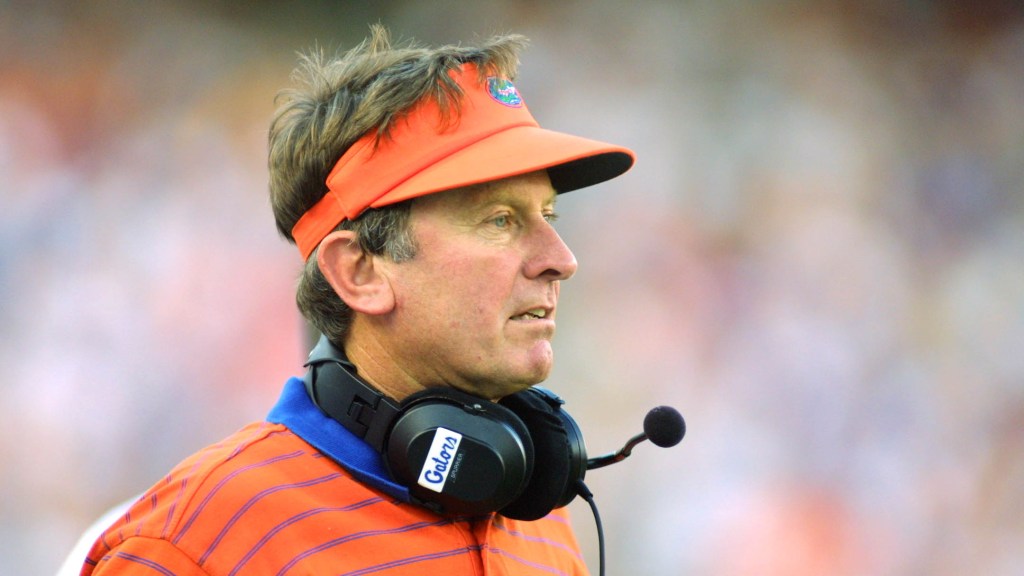 Florida football turned the page on the Dan Mullen era last Sunday when it announced that Louisiana Ragin’ Cajuns’ head coach Billy Napier will be taking over the program as soon as his current team plays in the Sun Belt Championship Game. Greg Knox bridged the gap in the interim, coaching the Gators to a 24-21 victory over the Florida State Seminoles in the Swamp to wrap up the 2021 regular-season campaign and earn the team a bowl bid.

The past decade has been rather tumultuous on the sidelines of the Swamp, now having seen three head coaches — and three interims — between the end of Urban Meyer’s reign and the hiring of Napier. Prior to that, the program had experienced a long stretch of stability under the legendary Steve Spurrier while also having a solid half-decade under Meyer. The Gator Nation hopes its newest skipper can lead the Orange and Blue back to the promised land those two led the team during their tenures.

Below, we have every head coach to man the sidelines for the Florida Gators from Steve Spurrier until the present, including the interim head coaches, along with their overall records, conference records and championships.