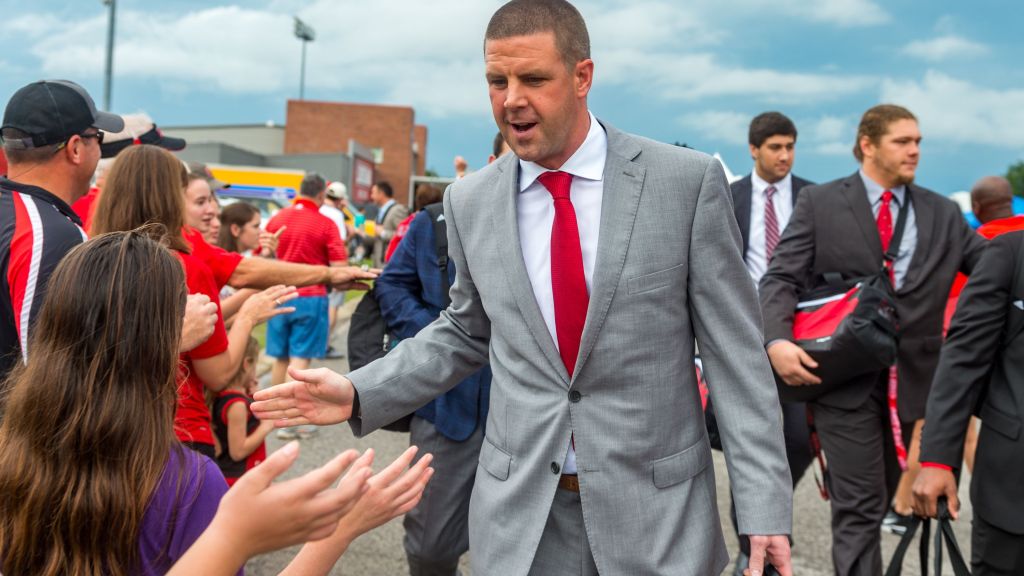 The head coaching carousel for Florida football continues to spin, even during the annual Florida State rivalry game. During the early second half, Sports Illustrated published a report indicating that Lousiana head coach Billy Napier has emerged as the leading candidate, according to multiple sources.

A deal is expected to be made sometime during the coming week, as early as the Sunday after this weekend’s game. If UF does sign him, Napier is still expected to lead the Ragin’ Cajuns in the Sun Belt championship game against Appalachian State Mountaineers next Saturday.

Napier signed a fresh contract with Louisiana before the 2021 campaign, giving him $2 million per over five years, with a $3 million buyout — which represents chump change for the athletic department. Interestingly, his buyout drops to $2 million after Dec. 31 but there is little reason to believe that Florida would hold out for a measly million dollars.

The Ragin’ Cajuns coach is the top of our Gators Wire head coach candidates, who fits the profile that Florida is looking for most — especially his passionate and detail-oriented recruiting style. He has a few minor red flags in his past, but there is little reason to believe those will hinder his job search for a big-time school position.