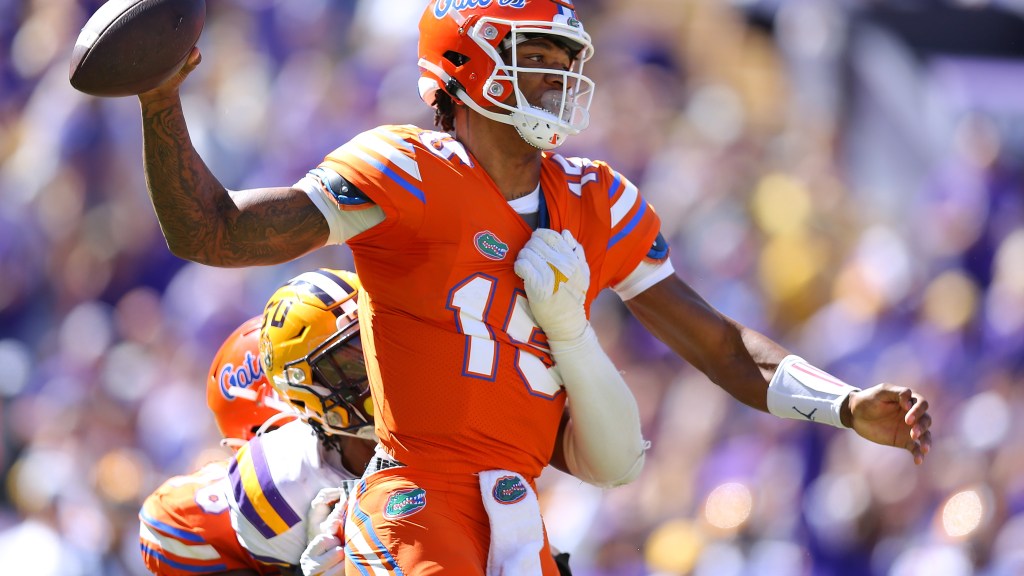 After losing to Louisiana State on Saturday, Florida has dropped out of the AP Top 25. Earning just seven votes from poll voters, the Gators are unofficially tied for 33rd with Arizona State.

Interestingly, LSU didn’t leapfrog Florida with the win. The Tigers only received two points in this week’s voting. Arkansas also fell out of the top 25 with a loss to the now 19th-ranked Auburn Tigers.

Georgia is still the unanimous No. 1 in college football after handing Kentucky its first loss of the year. and dropping the Wildcats to No. 15. Alabama has crept its way back into the top four, and the SEC Championship looks exciting if things hold up.

Ole Miss moved up to No. 12 after surviving a barrage of offense (and garbage) from Tennessee, and Texas A&M rounds things out for the SEC at No. 17.

With no game next week and Georgia the week after, Florida might not get back into the rankings for a while. The last four games of the year are very winnable for Florida, but the opposition isn’t strong enough to really boost the team up the polls.

Losing the Kentucky game is one thing, especially with the way Stoops has the team playing. But losing to both UK and LSU is just about the worst-case scenario for Florida. It’ll take more than Florida winning out to get a number back beside its name.