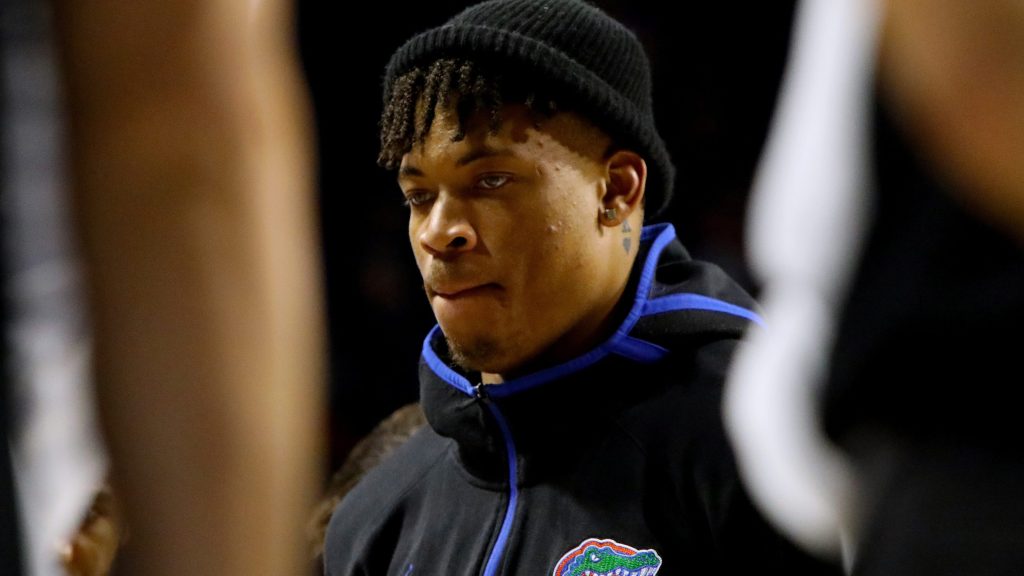 It has been a tough time for Florida basketball and Keyontae Johnson especially since he collapsed early in a game against Florida State last December. Speculation swirled around the cause of his event, with additional concerns due to the COVID pandemic. The coronavirus was ruled out but he was ultimately diagnosed with acute myocarditis.

The 2020 Preseason SEC Player of the Year missed the rest of the season and still remains medically restricted from full team activities. The question of whether or not “Coach Key” will ever play an NCAA game again remains an entirely unanswered question.

On Wednesday, two people with knowledge of Johnson’s situation told The Associated Press that the Florida forward took out an insurance policy worth $5 million dollars that went into effect in July of 2020 — just months before his tragic event. One of the AP’s sources stated that the policy offers the flexibility to continue his professional aspirations with the ability to reverse course.

Whether or not Johnson will cash in his policy is still a bit down the road, from all indications. For now, he continues his assistant coaching duties.

It is every Gators fan’s hope that KJ can return to the parquet eventually donning the Orange and Blue, but the Gators Nation can also rest assured that Keyontae will likely be ok in the long run.