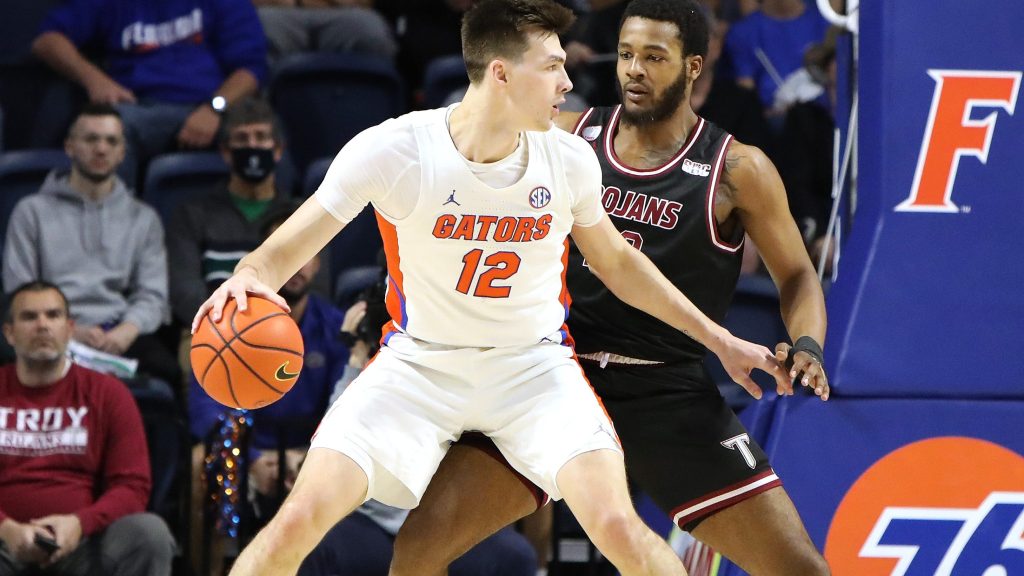 Florida got a huge win on its home floor over Mississippi State on Wednesday night, and it had to do so without its top player available. Center Colin Castleton had suffered a shoulder injury in practice leading up to the game against LSU, but he managed to play through the pain against the Tigers and in the following game against South Carolina.

However, he tweaked his shoulder again on Tuesday before the matchup with the Bulldogs, and he was unable to play through the pain this time around. Coach Mike White called his injury “significant” after the game.

“I know it’s significant. I know that,” White said, according to 247Sports’ Bob Redman. “I know he’s seeing the appropriate people, maybe even as we speak. He had no chance of playing tonight. Really unfortunate for Colin and his teammates, but his teammates rallied and they got it done and they were really connected. I‘m really proud of these guys.”

Castleton is the leader of this team, and he’s also the most consistent offensive weapon on the roster. The preseason First Team All-SEC selection is averaging 15.4 points and 9.1 rebounds on the season after opting to return for his senior year instead of entering the 2021 NBA draft.

Despite dealing with injuries in the last two games, Castleton managed to still score double figures in each, posting 19 points against the Tigers and 10 against the Gamecocks. White said that his star player had fought through injuries before, so it was a chilling moment when he had to withdraw himself from Wednesday night’s game.

“He did it in practice yesterday, in a 1-on-1 drill,” White said. “Just a weird deal where it didn’t look major. Again it was pretty significant. It really, really bothered him. He’s been fighting through pain with the same shoulder. It may or may not be the same thing, but it was just an odd deal when he went up to shoot it at the rim and took some contact.

“I knew it was a big deal because physically he’s got a lot of toughness. Last year he played through a rolled ankle where it was the size of a softball. Every game it was like he may or may not play and he would go out there and get 12 or nine or whatever he was doing. He’s obviously got a lot of toughness in that regard and with him not being able to play, you know it’s serious. These last three or four games he’s played with some pain and he’s played really well.”

There’s no clear time scale for Castleton’s return. White implied that he is considered day-to-day, but he also said that the team’s training staff is still trying to gauge the exact severity of the injury. With that in mind, it seems like a safe bet that Florida will have to take on at least its next several opponents without Castleton available.

“I’m hopeful that he’s not (out a long time),” White said. “Again I just go back to the fact that I’ve seen this guy go up and down the court and get rebounds with an ankle that big. When Colin says ‘I can’t go’, we’ll see. We’ll learn more whether it’s tonight or tomorrow.”

Florida faces two more relatively winnable conference opponents in its upcoming games, with Vanderbilt coming to Gainesville on Saturday before the team travels to Oxford, Mississippi, for a Monday make-up game against Ole Miss. A tough stretch that includes three games in five days concludes with a road trip to take on a very good Tennessee team on Wednesday night.

If Florida doesn’t have Castleton, it may be difficult to maintain the momentum it has built from winning its last two games.