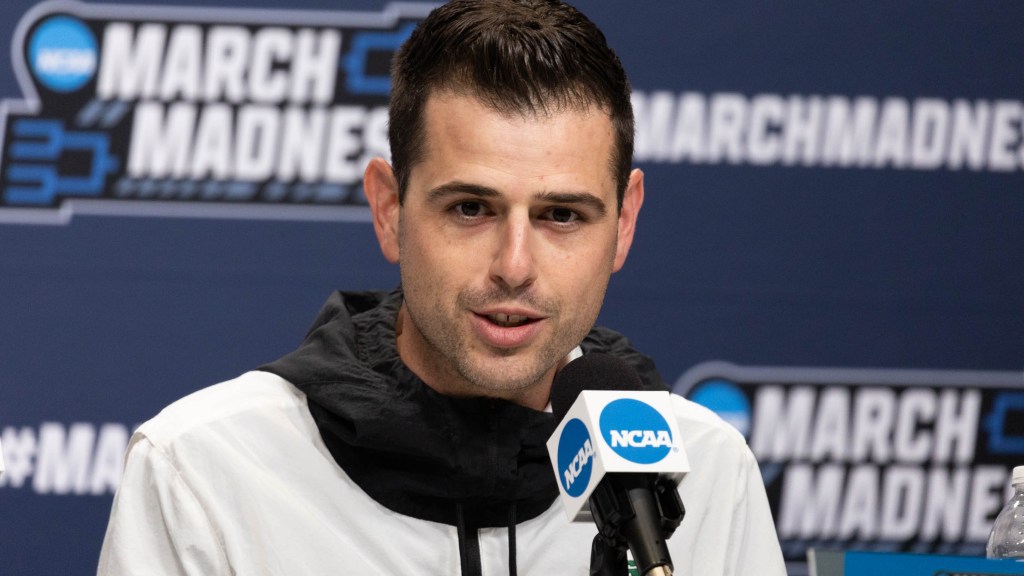 University of Florida athletic director Scott Stricklin officially announced the new head coach of the men’s basketball team on Friday, anointing San Francisco Dons’ bench general Todd Golden as the program’s latest leader. He will become the 22nd to hold the position for the Orange and Blue since 1915.

The 36-year-old basketball brain replaces Mike White, who was just under a couple of years older when he took over the helm in Gainesville, possibly signaling a trend for Stricklin. Golden’s background includes the position of director of basketball operations at both Columbia University and Auburn for one year before taking over as assistant basketball coach at the same schools the following years.

After his two two-year stints, he headed west to be the head coach of the San Francisco Dons for the past three seasons, earning San Francisco its 26th NCAA Tournament appearance in 2022. Golden put together a 57-36 record over the three campaigns, going 22-12 in his debut and struggling to an 11-14 record during the COVID-19 season. He bounced back with a 24-10 record this year to earn that ticket to the Big Dance.

Golden is originally from Phoenix, Arizona, and started as a walk-on with the Saint Mary’s Gaels from 2004 to 2008. He earned a scholarship and was eventually named team captain. He ranked second in the nation during his senior season in assist-to-turnover ratio and finished his collegiate career as the school’s all-time leader in free-throw percentage with a .832 mark.

He also played professionally for two seasons in Israel’s top division for Maccabi Haifa and competed in the 2009 Maccabiah Games with the USA Open Team before embarking on his coaching career.

Golden is known for his heavy reliance on analytics and has a reputation as an offensive guru. However, he has an ability to get things done on the defensive end as well. His mild-mannered profile will fit well with what Stricklin seems to be targeting lately, and his modern approach should be a breath of fresh air in the O’Connell Center in the coming seasons.

How the Gators Wire staff feels about Mike White leaving


How the Gators Wire staff feels about Mike White leaving