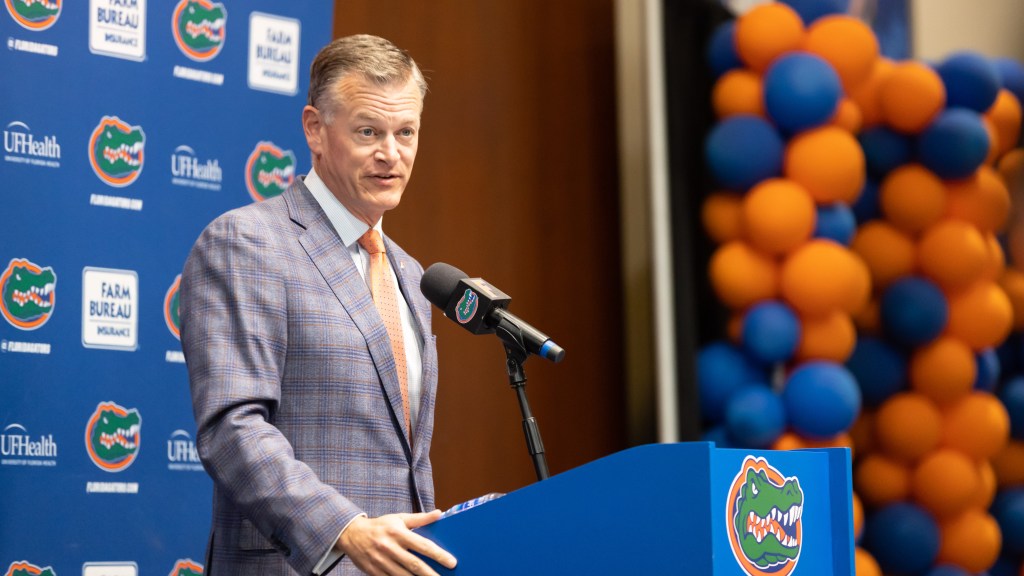 A Freedom Of Information Act (FOIA) records request revealed that Florida athletic director Scott Stricklin has agreed to an extension with the university through 2027, according to a report from Thomas Goldkamp of 247Sports.

Originally set to make $1.151 million per year, Stricklin’s new deal has him earning $1.725 million annually after a $545,900 base salary pay bump. He’ll also get a $250,000 retention bonus, an $110,000 longevity incentive and a $95,000 expense account each year. If Florida decides to fire Stricklin without cause, the university will owe him his base salary ($1 million) plus his retention incentive for the remainder of the contract.

Stricklin has been at Florida since 2016 and is on his third head football coach already. Although the early years of the Dan Mullen era were promising and filled with New Year’s Six bowl appearances, the end was an absolute disaster. Current head coach Billy Napier is left rebuilding what was once a mighty recruiting empire.

The soon-to-open James W. Heavener Football Training Center has been one of Stricklin’s biggest projects and should get Florida up to speed with some of the other top programs in the country when it comes to recruiting. There are also plans to renovate parts of the football stadium and add upgrades to modernize the stadium.

Aside from football, Stricklin has spent time handling the departure of former Florida women’s basketball coach Cameron Newbauer, who was accused of abuse by several former players. An investigation was led by former Gators Wire writer Zachary Huber with The Independent Florida Alligator, Florida’s student newspaper, who first reported the news in September after Newbauer resigned in July.

It hasn’t all been great for Stricklin since signing the extension, but Florida seems to have its guy for the next six years. Bringing Napier on board has brought some excitement and hope for the university moving forward.